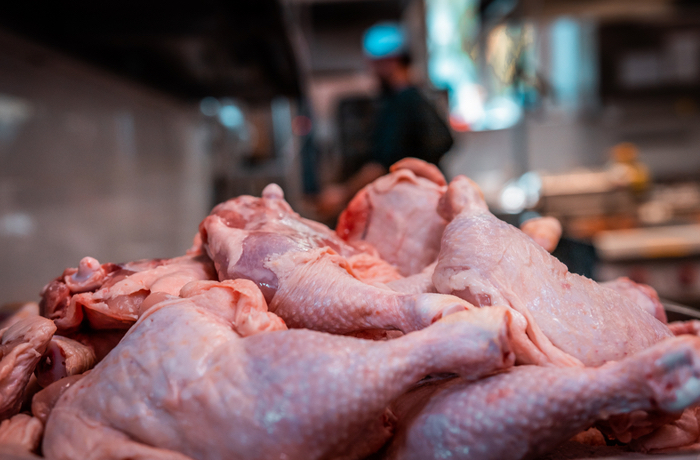 Savannah’s ability to handle refrigerated cargo has grown since the 2015 ban on poultry exports to China. Photo credit: Shutterstock.com.

SEA ISLAND, Georgia — Georgia Gov. Brian Kemp on Monday lauded the reopening of the Chinese market for the state’s frozen chicken exporters who were feeding nearly half the market via the port of Savannah before a ban implemented five years ago due to an outbreak of US avian flu.

China banned US chicken exports in January 2015 but began importing again last month; the first batch of 50,000 pounds of chicken feet shipped in January. In the five years before the ban, an average of 4,600 TEU of containerized poultry exports annually were moving through Savannah, accounting for about half of all such exports from the United States to China, according to PIERS, a sister product of JOC.com within IHS Markit.

Handling about 38 percent of all US containerized poultry exports, Savannah saw those exports rise 3.2 percent year over year in the first 11 months of 2019, to 59,149 TEU, according to PIERS. Total US poultry exports increased 2.7 percent in the same period. Charleston is the second-largest gateway for US poultry exports, followed by New Orleans, Houston, Norfolk, and Jacksonville.

Savannah’s ability to handle refrigerated cargo has grown since the 2015 ban on poultry exports to China. The port of Savannah's Garden City Terminal operates 119 electric-powered refrigerated container racks capable of handling 3,341 boxes at a time, including 485 plug-ins for chilled containers on chassis.

United States Trade Representative Robert Lighthizer and US Secretary of Agriculture Sonny Perdue said in mid-November that the opening of the Chinese market equates to more than $1 billion worth of shipments. The US is the second-largest poultry exporter to Brazil, with $4.3 billion worth of poultry exports shipped there last year.