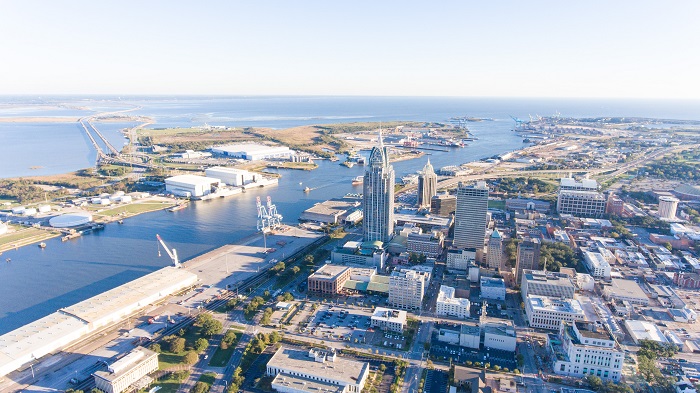 Although the Port of Mobile is a newcomer to automotive traffic, port officials said the port has an advantage with access to Class 1 railroads that connect the port with auto assembly ports in the region and with distribution hubs for import vehicles. Photo credit: Shutterstock.com.

The Alabama State Port Authority plans to develop an automobile terminal at the Port of Mobile after being awarded a $12.7 million Transportation Investment Generating Economic Recovery (TIGER) grant from the US Department of Transportation (DOT).

Plans for the Southeast Automotive Gateway have been in the works for several years. Jimmy Lyons, the port authority’s CEO, said construction of the terminal is expected to begin in September and that the facility is expected to open in late 2019.

The terminal will be developed on the site of a former bulk terminal in the port’s upper harbor. It will handle up to 160,000 import and export vehicles a year, including automobiles, military vehicles, trucks, other rolling stock, and high and heavy cargo.

Although Mobile is a newcomer to automotive traffic, Lyons said the Alabama port has an advantage with access to Class 1 railroads that connect the port with auto assembly ports in the region and with distribution hubs for import vehicles.

The terminal’s estimated cost is $60 million. The TIGER grant will supplement $28.8 million in funds from the Alabama Gulf Coast Recovery Council, which is administering funds from the 2010 Deepwater Horizon oil spill, and $18.5 million in port funds.

TIGER grants are highly competitive. Of the 41 projects included in the latest round of TIGER grants, only five were for port-related facilities.

The Alabama State Port Authority intends to develop the project using a public-private partnership through which the concessionaire operating the terminal will make capital contributions and cover operating expenses.

Lyons said the port authority will move quickly to seek engineering proposals while wrapping up paperwork with the DOT’s Maritime Administration, and to begin construction this autumn.

“We’re excited by this,” Lyons said. “TIGER grants are highly competitive, and we were thrilled when we heard about it.”