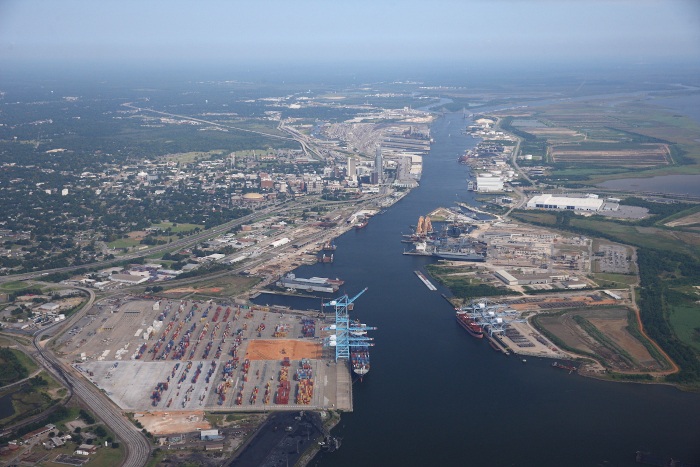 The Alabama State Port Authority will from June 1 be led by a veteran industry executive with experience at the Port of Oakland and several ocean carriers. Photo credit: Port of Mobile

The Alabama State Port Authority on Monday named John C. Driscoll, maritime director of the Port of Oakland, to head the authority and steer the Port of Mobile following the retirement of long-time leader James K. Lyons.

Driscoll, who has also worked on the ocean carrier side of the industry for CMA CGM, Sealand, and Maersk, will assume the position of director and chief executive of the port authority on June 1, the agency said in a statement.

Driscoll will be only the second director of the Alabama State Port Authority after Lyons, a 50-year industry veteran who announced his retirement in December. During his 23-year tenure at the authority, Lyons has helped transform the port into a container gateway.

Lyons stayed on at the authority to help with the search for his replacement and will continue as director emeritus through the end of this year to assist Driscoll’s transition, the authority said.

Driscoll will take over a rapidly growing port with four Asian services and one to Europe. Cargo volumes through Mobile increased 25.9 percent last year to 340,279 loaded TEU over 2018, according to PIERS, a sister product of JOC.com within IHS Markit. That was more than double the 12 percent growth enjoyed by the Gulf Coast as a whole, the figures show.

APM Terminals Mobile, which operates the sole container terminal in the port, said last week it completed a $50 million expansion project that increased the terminal’s capacity by 30 percent to 650,000 TEU. It included a berth extension and the addition of 20 acres of container storage space.

Lyons, in the statement, said he and the board picked Driscoll in large part based on his past experience and contributions to the industry. “I am confident John will be an excellent fit for our seaport, our management team, and our employees,” Lyons said.

Driscoll’s current responsibilities in Oakland, a landlord port, include building and growing the port’s maritime business by improving operational efficiency, stakeholder engagement, and strategic planning, according to the Port of Oakland website. During his tenure, Driscoll helped the terminals institute evening gate hours for the first time in 2016, and the port increased the height of four ship-to-shore cranes to enable them to handle 18,000 TEU vessels, instead of 14,000 TEU, said port spokesperson Mike Zampa. The port also broke its own record for the volume of cargo handled in two of the last three years, Zampa said. Oakland handled 1.78 million loaded TEU in 2019, according to PIERS.

“Our performance, efficiency and business volume all improved under his direction,” Zampa said.

Driscoll joined the Port of Oakland in January 2014 after serving as vice president of export sales at CMA CGM. In nine years at the carrier, he led the expansion and development of its Caribbean, Central America, and northern South America business. He later oversaw sales, trade, and marketing for the company’s entire US operations.

Driscoll began his career with Sealand in 1980, serving in a variety of sales and operations roles. After Maersk’s acquisition of P&O Nedlloyd in 2005, the carrier gave Driscoll the responsibility of running its Brazil operation.