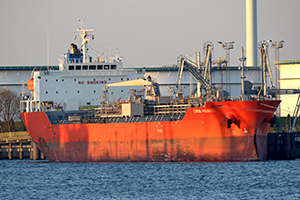 The Port of Houston is the major container gateway for Texas, and the 100 million people who live between the Mississippi River and the Rocky Mountains. It handles about two-thirds of all the containerized cargo in the U.S. Gulf of Mexico.

Servicing all major trading lanes, Houston offers shippers direct connections by highways (Interstates to both east and west coasts; and northwards to the midwest) and railways connecting Texas to the southeast, the midwest and the southwest. Mexico is the Greater Houston region’s top foreign trading partner, followed by China, Brazil, the Netherlands and South Korea.

Houston has long been considered the capital of virtually every segment of the US energy industry, including exploration, production, transmission, marketing, supply, and technology. As a result, the Port of Houston is a major gateway for US trade in petroleum products such as petrochemical resins used by industry. Texas also produces more cotton than any other state, and the city has long been a center of the cotton trade.

The Port of Houston’s two container-handling facilities are port-owned and operated. Barbours Cut Container Terminal, located at the mouth of Galveston Bay, is 3.5 hours sailing time to open waters of the Gulf of Mexico. Its six berths provide 6,000 feet of continuous quay. The facility also includes a roll-on/roll-off platform, a LASH dock, over 200 acres of paved marshaling area and over 250,000 square feet of warehouse space. Intermodal rail service is available via the 42-acre near-dock rail ramp with working tracks and spurs connecting terminal warehouses.

Bayport Container Terminal, when fully developed, will have a total of seven container berths with the capacity to handle 2.3 million TEUs on a complex which includes 376 acres of container yard and a 123-acre intermodal facility. The terminal features electronic data interchange capabilities and a computerized inventory control system that tracks the status and location of individual containers.

The Port of Houston’s rail facility is located near the Barbours Cut Container Terminal dock. The primary railroad companies are BNSF, Union Pacific, and the PTRA (Port Terminal Railroad Association), which provides access to the industries along the Houston Ship Channel for railroads entering Houston. Straddling both sides of the Channel, PTRA services more than 200 local customers from 7 serving yards, while maintaining more than 150 miles of track and 20 bridges.

A surge in oil and gas drilling in West Texas has created a steady stream of cheap natural gas liquids to turn into feedstocks for plastics, building materials and consumer goods. Major Houston-area producers are investing billions of dollars in their local facilities to meet growing demand from Asia and South America.

How to Improve OTIF: 15 Tips for On Time and In Full Delivery
END_OF_DOCUMENT_TOKEN_TO_BE_REPLACED 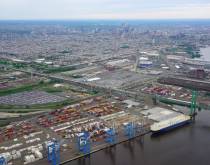 21 Jun 2022
Mediterranean Shipping Co. is bringing a new Asia service to the US Gulf and East coasts and revamping two other trans-Pacific services with additional calls amid slowing, but still growing, imports from Asia.
MORE »

USDA offers funds for Houston chassis, Tacoma ag shippers
16 Jun 2022
The US Department of Agriculture plans to help fund additional chassis for reefer cargo at the Port of Houston and to subsidize dray moves to a Port of Tacoma pop-up yard.

Houston’s port chief targets 2025 completion for big ship dredging
10 Jun 2022
The Port of Houston is trying to expedite a $1 billion dredging project as an ongoing surge in containerized freight shows the need for more capacity at the Gulf Coast’s busiest port.

Import surge prompts Saturday gates at Houston container terminals
03 Jun 2022
The Port of Houston’s two container terminals will be open on Saturdays through at least the rest of 2022 as an import wave continues to tie up capacity at the gateway.

Freight shuttle developer eyes Houston port for first roll-out
17 May 2022
Amid supply chain gridlock throughout the US, the Port of Houston has signed an agreement to investigate the potential use of an electric rail shuttle system for inland container movement.

BNSF pilots Houston intermodal service as record volumes tax truckers
13 Apr 2022
The sharp growth in container volumes at the ports of Houston and Mobile is spurring increasing demand to move freight via rail as truckers hit the limit on how much they can handle.

US Gulf ports project continued breakbulk recovery, container ‘spillover’
18 Mar 2022
Rebounding steel and project cargo volumes and a congested container market that continues to push both cargo and containers to the breakbulk mode are driving strong growth at the key Gulf Coast ports.

Maersk to debut new Houston, Norfolk trans-Pac service in March
10 Feb 2022
Maersk introduced a new vessel service from Asia that will call on the US Gulf and East Coast and plans to provide its first direct service from Indonesia to the US.

US resin shippers face spotty service as exports grow
10 Feb 2022
US resin exporters are finding a much tougher shipping market to start 2022 as export gateways deal with unreliable vessel schedules and tight capacity.

Gulf Coast import growth propels regional warehousing boom
02 Feb 2022
With imports rising along the US Gulf Coast as shippers seek an alternative to congested West Coast ports, warehousing and distribution capacity in the Gulf region is growing as a result.

Outlook 2022: Houston port pushes infrastructure plans to keep ahead of growth
13 Jan 2022
Houston is seeing a surge in imports thanks to the upsizing of vessel services from Asia as other Gulf Coast ports look for a similar uplift.

USDOT grants Long Beach funds for Pier B rail project
27 Dec 2021
The Port of Long Beach’s project to move over one-third of its container volumes to rail received a boost from the US Department of Transportation through a $52 million grant.

Latest DOT funding includes support for new NY-NJ barge service
13 Dec 2021
The US Department of Transportation funds barge projects along the US East and Gulf coasts that aim to shift freight from highways to coastal and inland waterways.

JOC Rankings: US Gulf Coast congestion flares as imports spike, exports lag
11 Nov 2021
Strong growth in imports and a slight decline in exports over the past few years have thrown off the once balanced import-export flow in the US Gulf Coast, exposing Houston to the same terminal space issues and equipment imbalances that have plagued other import-dependent ports in 2021

JOC Rankings: Production delays, domestic demand sap US resin exports
26 Oct 2021
Despite a drop in total US containerized resin exports during the first seven months of 2021, volumes through Charleston, Virginia, and Savannah increased thanks to new packaging plants in those areas.

Texas extends waiver for Houston truckers amid container backlog
09 Aug 2021
Texas Governor Greg Abbott will extend for another 30 days a waiver that allows truckers to exceed federally regulated service hours as the Port of Houston deals with heavy cargo volumes.

Port of Houston aims for Thursday reopening after gate outage
28 Jul 2021
The Port of Houston’s two container terminals are expected to reopen tomorrow after software and hardware outages forced the closure of the gates.

Houston pilots dial back ship length restriction
30 Jun 2021
Houston pilots said they will allow larger ships to transit the ship channel in a nod to ease a restriction that was seen as falling unfairly on the container shipping industry.

Strong domestic demand ‘cannibalizing’ US resin exports
15 Jun 2021
An expected increase in resin exports out of Houston and other Gulf Coast gateways appears to be taking longer than expected as resin producers seek to supply domestic customers first.

US Gulf ports eyeing inland intermodal as Asian import share increases
20 Apr 2021
A new all-water service from Asia will boost the volume of imports flowing into the US Gulf Coast amid an ongoing boom in regional import distribution capacity.

Outlook 2021: US Gulf Coast ports moving forward with major capacity expansions
04 Jan 2021
Expecting a return to volume growth, the ports of Houston and New Orleans are dredging and enhancing terminals to allow calls from larger vessels, while Tampa Bay will add capacity through new truck gates and additional gantry cranes, among other projects.

JOC Rankings: Resins buoy US Gulf Coast ports during COVID-19
02 Nov 2020
The busiest US Gulf Coast ports saw only a small decline in throughput during the first seven months of the year despite the effects of the COVID-19 pandemic on consumer demand in the US and abroad.

US top ports expect moderate import rebound in second half
04 Jun 2020
All 10 of the busiest US cargo ports registered declines in container volumes in early 2020, with only modest improvement forecasted for the second half of the year due to a muted peak season.

Top US Shippers: Resin exports expected to slide after strong 2019
29 May 2020
The main concern for US resin producers in 2019 was an increase in Chinese import tariffs, but that has been overshadowed by macro-economic concerns during the COVID-19 pandemic.

Top US Shippers: Booming toy demand marches on despite shift away from China
26 May 2020
Increased import tariffs on Chinese-made toys in 2019 caused some shippers to shift sourcing to Vietnam, accelerating the diversion of those cargoes from Los Angeles and Long Beach to ports on the East and Gulf coasts.

Houston port channel widening eligible for federal funding
24 Apr 2020
The need to widen the channel gained urgency last year when a group of non-container businesses that rely on the port expressed concerns their cargoes would be squeezed by the increasing size and number of container ships moving through Houston.