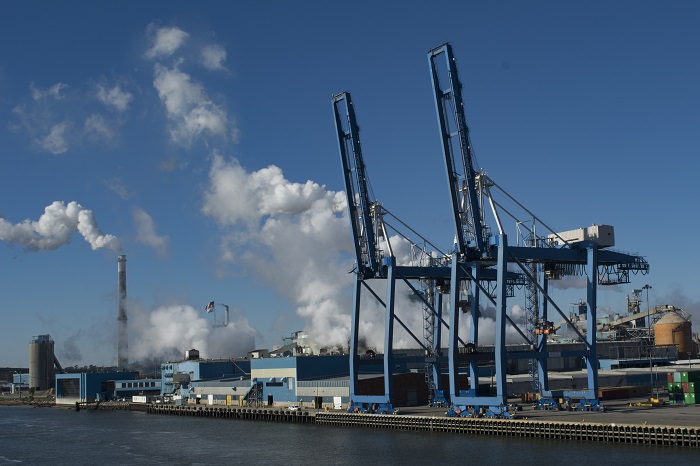 Frontier Logistics plans to build a 400,000-square-foot warehouse for bagging and transloading of plastic pellets that will strengthen the Port of Charleston’s position in exports of synthetic resins.

“We’re really excited about this,” said Jim Newsome, CEO of the South Carolina Ports Authority, which has been working to garner a share of US containerized resin exports that are expected to double to some 1 million tons during the next five years.

The new production is centered on the western Gulf Coast, where producers are building and expanding plants to take advantage of low-cost natural gas feedstocks. Houston, which had a 38 percent share of US resin exports last year, according to PIERS, a sister product of JOC.com.

Newsome said Houston is expected to retain its dominant position but that Charleston, which had a 6 percent market share last year, is positioned to expand its resin volume. “The carriers want to diversify their supply chain risks,” he said.

He noted that Charleston has ample capacity and frequent carrier services to North Europe, Latin America, and Southeast Asia via the Suez Canal, and said realigned carrier services could open other routes.

During the first 11 months of 2017, Charleston handled 32,116 TEU of resins, down 3 percent from the previous year. Most major resin ports posted declines last year, largely because of Hurricane Harvey’s disruption of production and transportation. Charleston also handles imported resins used in automotive and packaging applications.

Frontier is one of several resin packagers that have located warehouses in and around Charleston to transfer bulk rail shipments of resins into bags that are containerized and loaded onto ships for exports. Others include A&R Bulk-Pak, Mid-States Logistics, and Wyse Logistics.

Frontier’s $35.5 million new warehouse and transloading center will be built at the former navy base in North Charleston. It will replace a temporary bagging facility that the company now uses in a warehouse at the ports authority’s Union Pier terminal.

The new warehouse will occupy on 26 acres that Frontier recently purchased from Palmetto Railways, which provides switching services at Charleston for Norfolk Southern Railway and CSX Transportation.

Frontier, based in the Houston suburb of La Porte, Texas, has several resin-handling facilities in the Houston area. CEO George Cook said Charleston “has significant logistical advantages that reach the entire world market, enough so that it compels us to make Charleston a comprehensive launching pad for future export/import and domestic logistics needs.”