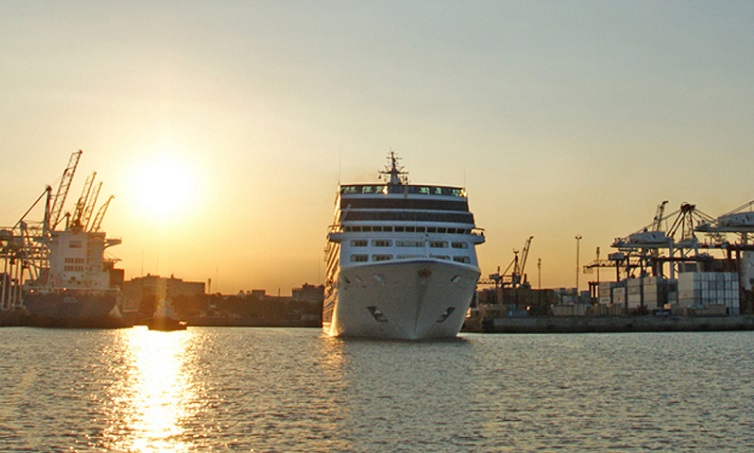 Argentinian shippers may face a substantial reduction in options at the main port in Buenos Aires, the nation’s largest, if a container terminal concession revision as part of its modernization plan comes to fruition.

As part of the revision, the General Ports Administration (Administracion General de Puertos: AGP) and the Argentine government are allowing the three existing Puerto Nuevo concessions to merge into one large $1.4 billion container terminal — one that has strong connections to APM Terminals, which is the favorite, according to several sources, to win the terminal’s concession.

The plan would further concentrate the market, which many see as hurting competition, but others argue would increase efficiency, given the larger economies of scale needed today in both terminal operation and ship deployment. If the current plan comes to fruition, depending on trade lanes out of Buenos Aires, Maersk Line and Mediterranean Shipping Co. will together hold 54 to 60 percent of all volume from the Argentine capital, Ocean Network Express will hold 11 to 14 percent, and Evergreen less than 10 percent. That represents a large percentage of the container shipping market — something regulators would monitor, due to its potential to reduce competitive, free-market benefits.

The argument for one operator

Andreas Meyer, a logistics consultant for AMC Logistics based in Buenos Aires, argued that one operator for Puerto Nuevo was sufficient, as it made the operation more efficient.

“It looks like they want just one operator,” Meyer said. “And that seems OK to me because it will bring down the unit cost and bring a more stable situation for local operators through less competition. Nevertheless, the new concession should grant reasonable receiving and delivery costs [rates] for cargoes. However, for a new contract lasting for 50 years in the middle of a city the size of Buenos Aires, for me that’s a mistake.”

Under the revision, Terminales Rio de la Plata, owned by DP World, would relinquish its role operating container terminals 1, 2, and 3 — including a seasonal cruise terminal — and hand over the 143,000-square-meter (171,027-square-yard) area so that it can become an upgraded cruise facility and a developed real estate zone. Terminal Rio has a 740,000-TEU annual capacity. (Buenos Aires handles about 1.5 million TEU per year.)

Puerto Nuevo’s other two container facilities — APM Terminals' Terminal 4 and Hutchison Port SA’s operation, called BACTSSA, at Terminals 5 and 6 — will then be merged into one unit and land-fill acreage will be added near the existing port breakwater, which will extend the port boundary further into the River Plate.

Although there’s no final decision yet, several sources confirmed that the new tender will be for 35 years plus 15 years, rather than the standard 25 years plus 25 years. The estimated renovation cost is $1.2 billion to $1.4 billion, to be split between the winning bidder and Argentinia’s government.

A key renovation project improvement will be a new, truck-only highway — part flyway, part underground — from Puerto Nuevo to the Exolgan box terminal that will free up central Bueno Aires roads for vehicles and public transport, substantially reducing congestion and improving shipper logistics.

Existing concessions end this year, and the new concessión is expected to start in early 2020. A detailed tender document is scheduled to be released by AGP early next year. Several sources told JOC.com that the favorite to win the concession is APM Terminals, a unit of Maersk Line.

Also, Robert Murchison, the CEO for Murchison SA, a variegated shipping group that includes the small Terminal Zarate box terminal about 90 miles outside the city, said he too thinks just one new operator is needed for Puerto Nuevo.

“Puerto Nuevo is handling almost the same volume for the past 10 to 15 years and most container terminals operate better on a larger scale, so one operator for that size of facility seems about right,” Murchinson said.

During the past 18 months, Buenos Aires ports, boosted by the market-friendly policies of President Mauricio Macri, who took over from former president Cristina Kirchner in January 2016, registered an 8.9 percent volume growth rate in 2017, to 1.47 million TEU. And so far during the first six months of this year, imports were up an impressive 23 percent, from 271,746 TEU to 334,763 TEU, due to to Macri’s economic reforms and reductions in customs and port bureaucracy; exports were also up, by a more modest 6 percent, to 159,641 TEU.

What’s more, the new terminal operator will likely benefit from the devalued peso, which due to inflation has depreciated against the US dollar, to 38 pesos from 18 pesos. That should increase Argentina’s beef and chicken exports, which will help the nation’s underperforming economy. The nation’s central bank has forecast growth at just 1.3 percent, down from 2.5 percent in 2017.

Further, the new terminal operator should be encouraged by Puetro Nuevo’s ability to achieve eye-opening results, if history is any indicator. In the 1990s it was the first port in South America to handle 1 million TEU, and there is room for growth. (Bueno Aires, including Exolgan, is the ninth-largest container port in Latin America and fifth-largest in South America.)