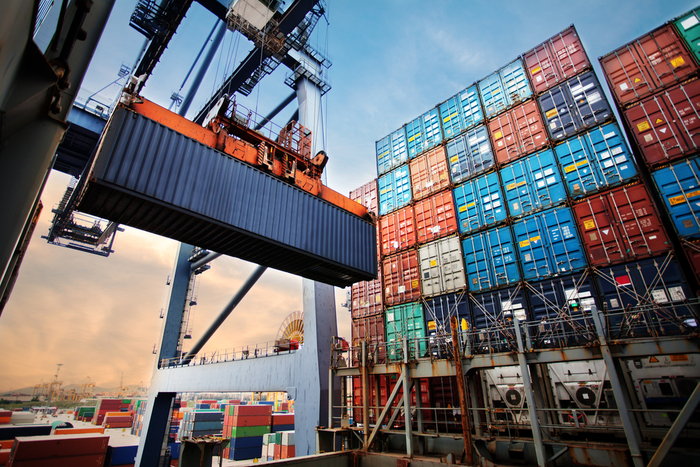 The FMC innovation team urges operational improvements in Southern California before the onset of the peak season. Photo credit: Shutterstock.com.

The suggestions, which were developed through FMC innovation-team consultations with port stakeholders in recent months, address long-standing issues involving the return of empty containers, terminal gate closures, and shift cancellations. The problems have gotten worse this year as carriers blanked dozens of sailings owing to the economic impact of the coronavirus disease 2019 (COVID-19).

“As we move into the third and fourth quarter of 2020, greater collaboration between ocean carriers and marine terminals will be critical to avoid cargo disruption,” Dye said in a statement.

She cited four operational issues that port stakeholders identified as requiring immediate attention: ocean carrier instructions to truckers to return empty containers to terminals other than where they took delivery of the shipments; insufficient advance notice of terminal gate closures; a need for widespread notification of sailings blanked by carriers; and greater collaboration between carriers and terminals on changes to the earliest receiving date for export shipments at marine terminals.

A trucker and terminal executive told JOC.com on Wednesday some port stakeholders in LA-LB are already taking steps similar to those suggested by Dye. Alan McCorkle, president and CEO of Yusen Terminals Los Angeles, said that if the terminal receives last-minute instructions to cease receiving empty containers, Yusen will not cancel existing appointments made by truckers for the return of empties.

“We won’t change on truckers in mid-stream,” he said. “It’s not right.”

Now that ocean carriers are announcing blanked sailings several weeks in advance, some terminals in LA-LB are giving truckers sufficient notice of their intention to cancel work shifts in order to cut down on costs, said Peter Schneider, vice president of TGS Transportation. “There are some forward-thinking terminals giving us at least a week’s notice,” he said.

Yet not all terminals are doing so. “We would like to see something that gives us a seven-day look,” he said.

On the issue of empty container returns, Dye said the innovation team determined that whenever possible, truckers should be allowed to return the empty container and its accompanying chassis to the terminal where the trucker took delivery of the loaded inbound container. She added that making this standard operating procedure would facilitate more dual transactions for truckers and would reduce the number of chassis needed in the port complex.

When this scenario is not possible, terminals should strive to give BCOs and their trucking vendors a seven-day advance notice, “but no less than 24 hours, for empty cutoffs”, Dye said.

When terminals determine that expected cargo volumes do not financially justify maintaining full gate hours, they should adopt a goal of giving the shipper community a seven-day advance notice, but no less than three days, she said.

BCOs and truckers could also contribute to port fluidity by giving terminals greater advance notice if they decide not to keep appointments they made. “Rapid cancellation of unneeded appointments can help the whole system run smoothly,” said Dye.

Carriers should notify customers directly at least seven days in advance when sailings will be blanked, and they should give greater visibility to truckers and other port stakeholders via the carrier websites, she added.

Changes in vessel arrivals at US ports often impact the date when the terminals will be able to receive loaded export containers. When a scheduling change forces carriers to alter the earliest receiving date (ERD) for export loads, they should give BCOs at least seven days’ notice of the new ERD. “More notice, especially for inland-based exporters, would be better,” Dye said.

While these measures will help to improve cargo velocity in the largest US port complex, they are only suggestions, she noted.

“Identifying these approaches is meant to assist stakeholders in addressing operational challenges in San Pedro Bay, and is not intended to suggest that these approaches are required by the Shipping Act of 1984 or the commission’s regulations,” Dye said.