US Offshore Wind: Where Is the Market Heading?
Learn how IFP Corp uses technology to improve operational efficiency and improve margins
END_OF_DOCUMENT_TOKEN_TO_BE_REPLACED

The US-China Trade War: Where Do We Go From Here?
END_OF_DOCUMENT_TOKEN_TO_BE_REPLACED 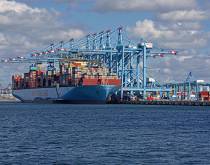 19 Dec 2019
Hutchison Ports will have to keep APM Terminals Rotterdam at arm’s length for a while once the sale is approved, with volume guarantees and a ban on firing staff also included the deal.
MORE »

Mexico preps for strong 2019 container growth
02 Jan 2019
Mexico faces a wealth of uncertainty as it enters 2019, but it is unlikely to unravel the trade sector’s strength.