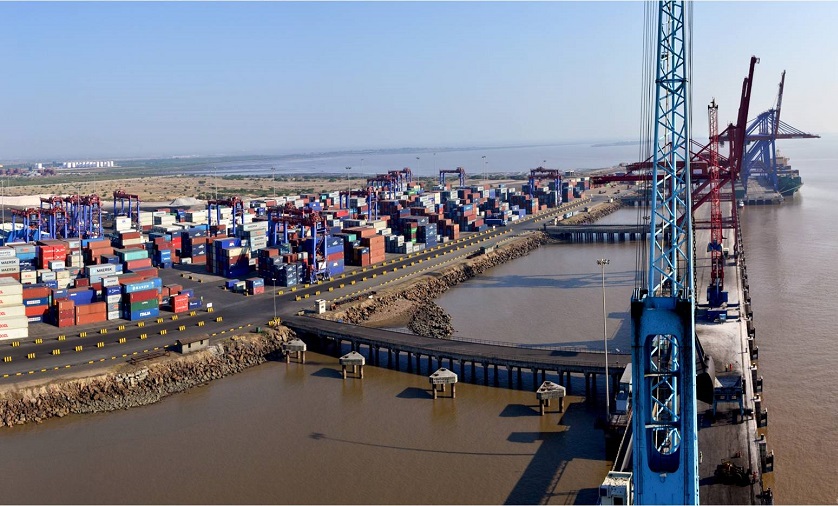 A whirlwind trade outreach program —  involving a series of roadshow presentations at hinterland locations in the past couple of months — is working for APM Terminals Pipavav, as its container volume increased substantially in July, following a somewhat dismal performance in the first fiscal quarter.

The latest data collected by JOC.com from industry sources show APM Terminals Pipavav — a minor, alternative cargo gateway on India’s west coast — handled 85,571 TEU in July, compared with an average volume of 65,000 TEU per month during April-June — good for an impressive 30 percent increase.

Further, the July total appears to be a new monthly high for the private operator, which ended the first fiscal quarter with 195,000 TEU, down 5 percent from the fourth quarter of 2017. The company, in an earnings statement, attributed that decline to “lower transshipment volumes” during the quarter.

Efforts to reach APM Terminals Pipavav officials to comment on the July rebound were unsuccessful.

Futher, as its volume struggles continued, group liner unit Maersk Line stepped in to support the sister company with new calls from its two weekly loops serving India’s west coast trade — such as the intra-Asia Far East-Indian Subcontinent Service (FI3), and the Europe-Middle East (ME1) Service.

In addition, a slew of ease-of-doing-business measures — such as gate automation and speedier customs examinations — along with rail upgrades appear to have played a role in the aforementioned uptrend. One example: the company offers seven weekly block-train runs, compared with three previously.

The first-quarter analysis also stated that APM Terminals Pipavav more than doubled its dry bulk cargo handling, but suffered steep declines in liquid and roll-on, roll, off shipments. That amounts to a mixed performance, as the company has been vigorously targeting other, general cargoes to offset prolonged, weak container growth.