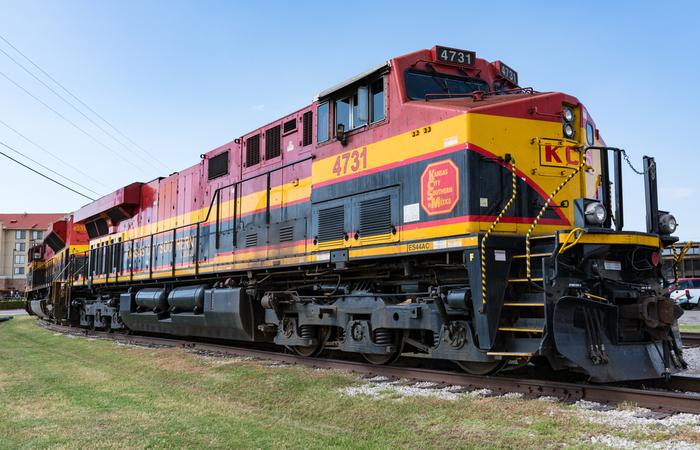 Trains operated by Kansas City Southern of Mexico in the south of Mexico were halted by a civil protest. Photo credit: Shutterstock.com.

Protestors on Thursday blocked the main rail line into Mexico’s Port of Lázaro Cárdenas, the third such blockage this year, Kansas City Southern of Mexico (KCSM) said in a statement.

The protest, which in the past have been centered on labor issues unrelated to the railroad, took place in the Caltzontzin District just north of Morelia and meant that trains were unable to run in and out of the country’s third-largest port without putting protestors at risk, KCSM said. The blockage has “the potential to impact traffic throughout” the railroad’s network, the railroad said in a message to customers.

The railroad said it would work with state and federal officials and take necessary legal action to bring an end to the blockade. “We are committed to working relentlessly to ensure your shipments resume as quickly and safely as possible,” KCSM said.

The blockage is likely to add to concerns expressed by some shippers that Mexican railroads are not reliable, in large part due to stoppages by civil disputes unrelated to the railroads.

The blockade follows a similar halt of trains in and out of the port Sept. 9, when protesting students stopped the line for two days. A protest in January halted trains for a month into both Lázaro Cárdenas and the Port of Manzanillo, disrupting 400 trains and stranding more than 9,000 containers inside the two ports.

Loaded cargo volumes through the Pacific Coast port increased 3.6 percent year over year to 648,833 TEU in the first nine months of 2019, according to figures from the Secretariat of Transportation and Communications (SCT).