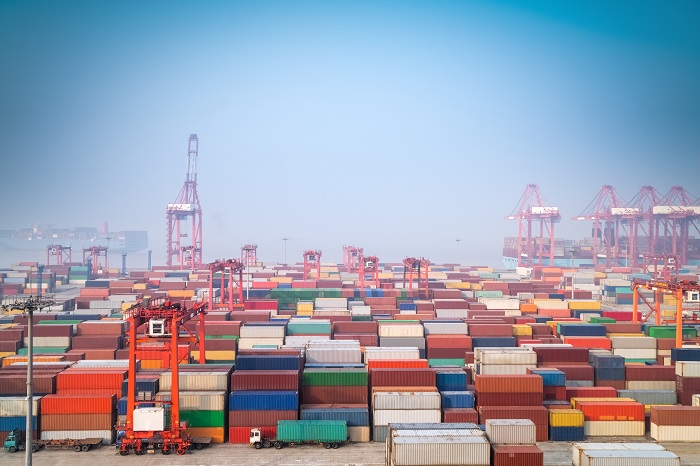 Fog can envelope Shanghai (above), particularly in the spring. Photo credit: Shutterstock.com.

The dense fog that enveloped Shanghai in March and April, forcing the suspension of pilot services and closing of some port channels, continues to impact shipping schedules at the world’s busiest port and even at ports across the Pacific Ocean.

Shanghai became the first port to handle 40 million TEU in a calendar year in 2017, but with such immense volume even the slightest delay quickly causes bottlenecks to build, and the spring fog 'season' this year was more severe than it has been in the past.

A spokesperson for Kuehne + Nagel based in Shanghai said delays of one to two days versus ocean carrier schedules were being experienced in the terminals. “The massive backlog from the March fog is indeed still impacting Shanghai operations,” he said.

“North China ports suffered from low visibility caused by the spring season’s dense fog,” CargoSmart wrote in its newsletter. “The weather forced pilots to suspend service and even close ports. Shanghai, the busiest port in the world, experienced a long queue of waiting vessels over the two months. Vessels needed to wait over a day for available berths. The vessel backlog had a domino effect that was hard to absorb, leading to serious port congestion, with waiting areas packed with ships.”

Shanghai delays ripple across the Pacific

The disruption to shipping schedules has spread across the Pacific with terminals in Los Angeles and Long Beach reporting that late trans-Pacific arrivals from Asia have been a problem for much of the past year. “The schedule reliability this year has been less than reliable,” said Alan McCorkle, vice president of Yusen Terminals in Los Angeles.

A spokesperson for OOCL said that from March to May this year, there had been improvements in the number of times and the duration of terminals shutting down in Shanghai because of fog and strong wind conditions.

A spokesperson for APL confirmed that there has been delayed arrival of vessels from Shanghai to Los Angeles “although the situation in Shanghai is gradually improving.”

Shanghai grew its annual volume by 7 percent in 2017 year over year, taking volume to 40 million TEU. The port in December 2017 began operations at its new automated Terminal 4, which has been described as the world’s largest unmanned container terminal.

APL said it is calling at the new terminal and last month suggested that because it was strategically located near the open sea — Yangshan port lies across two islands more than 30 kilometers (18.6 miles) off the mainland — it gave the carrier’s customers additional options when faced with the heavy fog.

Canada Trade and Shipping Outlook
TPM22: What We Learned — Container Shipping in the Crosshairs
Managing E-Commerce From Order to Delivery and Beyond
END_OF_DOCUMENT_TOKEN_TO_BE_REPLACED