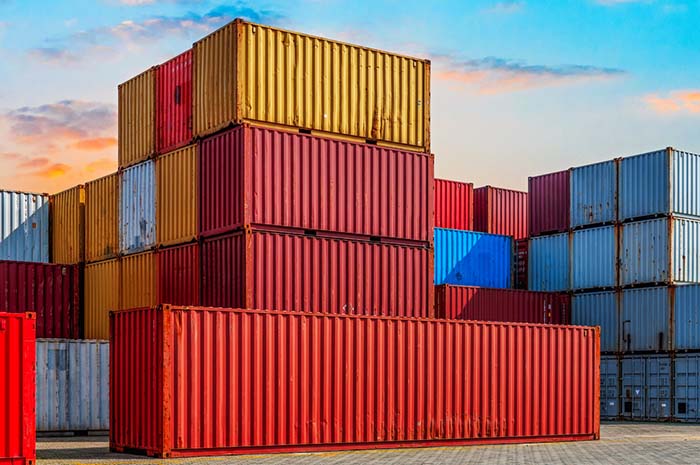 The cost of replacing the global container fleet has dropped nearly $15 billion from where it has hovered for the last five years.

Container equipment prices have crashed to all-time lows and are still falling owing to a combination of cheaper production and material costs and sagging demand.

The container equipment index price fell to $1,450 per 20-foot-equivalent unit at the end of 2015, down from $1,900 per TEU a year earlier, according to the latest edition of the Container Census report by Drewry Shipping Consultants.

“Some of the recent price fall has resulted from the weakening state of the global economy and the decline in trade demand,” said Andrew Foxcroft, Drewry’s lead analyst for container equipment.

Drewry forecasts a further decline in the overall price in 2016 after it dropped briefly to $1,300 in the second quarter of the year.

By end-2015, the new-for-old replacement cost of the global container fleet stood at $77 billion compared with $90 billion or more for each of the preceding five years.

The global equipment fleet increased by 3.8 percent in 2015 to 37.6 million TEUs, the lowest annual growth ever except for 2009, when it shrank because of a weakening global economy.

That slow growth in 2015 has carried over to this year and is taking a toll on container manufacturers. China International Marine Containers and Singamas, the world’s two largest box makers, issued profit warnings for the first half.

The global container fleet is expected to expand at a maximum of 4 percent to 5 percent through 2019.

The slow growth in 2015, which impacted the global container fleet as a whole, was also accompanied by a significantly poorer showing by the leasing industry, according to Drewry.

“This — as opposed to the shipping line sector — was to suffer more from the downturn in demand, as indicated by its proportionally lower rate of fleet expansion.”

The fleet of 40-foot high cube containers increased by 1.5 million units in 2015 compared with 333,000 twenty-foot containers.

“The 40-foot high cube fleet is forecast to continue expanding at a faster rate than the maritime fleet as a whole,” Foxcroft said.

“This gain will come at the further expense of 40-foot equipment, leaving the 20-foot share intact and unchanging.”

Perfect timing for all you