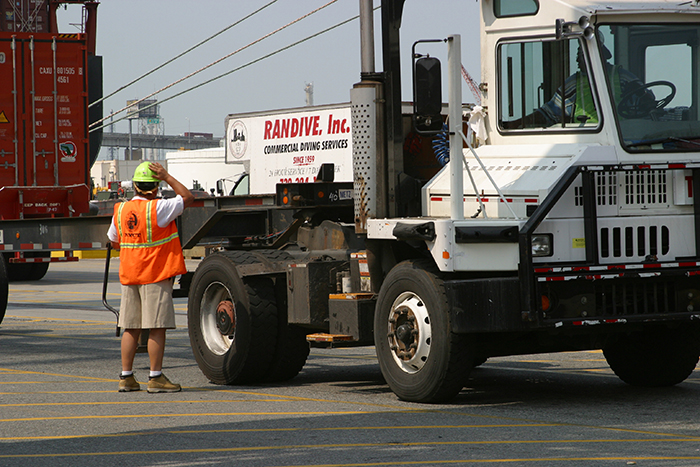 The New York Shipping Association and International Longshoremen's Association do not often agree, but teamed up to sue the Waterfront Commission of New York Harbor for percieved interference in collective bargaining between the two.

The New York Shipping Association said it was “disappointed” by a federal appeals court’s adverse decision in NYSA’s litigation with the Waterfront Commission of New York Harbor, but that the decision “should not have a significant effect on hiring” of dockworkers at the US East Coast’s largest port.

NYSA President John Nardi said the industry was “considering its options concerning further judicial review” of Tuesday’s decision by the 3rd US Circuit Court of Appeals in a case brought by the NYSA, the International Longshoremen's Association, and the Metropolitan Marine Maintenance Contractors Association.

The 3rd Circuit affirmed a lower court’s dismissal of the lawsuit, which accused the commission of overstepping its authority and interfering with collective bargaining agreements through the agency’s oversight of hiring policies.

The appeals court upheld a district court’s ruling that the commission’s statutory authority extended to requiring certification “that prospective employees had been referred for employment pursuant to federal and state nondiscrimination policies.”

The ILA and employers had accused the commission of illegally interfering in collective bargaining procedures.

“This case was not about fair hiring practices, as has been portrayed by the Waterfront Commission,” Nardi said in a statement issued Wednesday.

Nardi said all hiring in the United States is monitored by government agencies that enforce antidiscrimination laws, and that “it was the industry, not the commission, that adopted and implemented a new hiring plan” under the 2013 NYSA-ILA local contract.

The contract earmarked 51 percent of new hires for military veterans, with the rest divided between applicants referred by NYSA companies and the ILA. Previously, virtually all new hires came through ILA referrals.

The veterans hiring program was recognized Wednesday by the American Legion, which presented the NYSA with the Legion’s Employer of the Year Award in the large-employer category. The award was presented at the Legion’s 98th annual convention in Cincinnati.

“For the commission to suggest that the industry promotes discriminatory hiring practices is belied by the fact that this plan brought into the industry 900 new workers, of which about 60 percent are minorities and over 400 are veterans,” Nardi said.

The ILA and employers have clashed with the Waterfront Commission, an anticrime agency that vets and licenses dockworkers in the port, over implementation of the hiring program.

Commission officials are seeking to break up entrenched friends-and-family hiring patterns they say have encouraged organized-crime influence, and have insisted that ILA-referred applicants not be included in slots set aside for veterans and NYSA-referred applicants.

Nardi said the issue was what the industry sees as unnecessary oversight by the commission. “This lawsuit was about the role and demands of the Waterfront Commission, when established government agencies with jurisdiction over fair employment laws already exist,” he said.

“The Port of New York and New Jersey operates in a high-cost region. Adding to this cost with duplicate levels of government oversight affects the port’s ability to maintain its competitive edge in the market,” Nardi said.

The ILA and employers have been promoting legislation to withdraw New Jersey from the bistate compact that created the commission in 1953, and to transfer the agency’s law-enforcement duties to the state police. The New Jersey Legislature passed such a bill last year but it was vetoed by Republican Gov. Chris Christie.