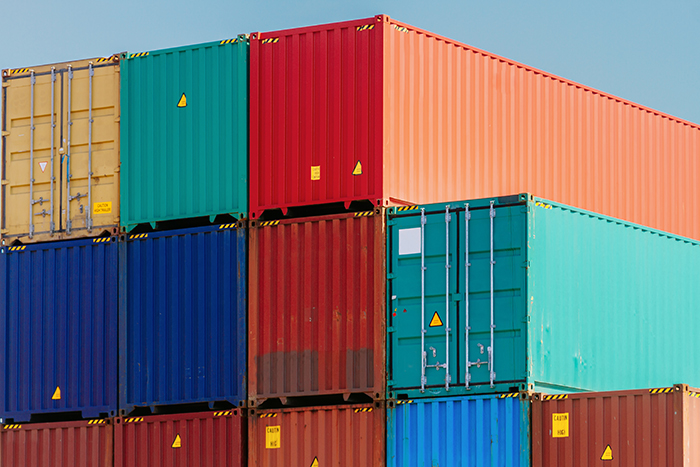 The disruption has so far been limited to one of JNPT's four container terminals. Photo credit: Shutterstock

Local shipping sources in JNPT told JOC.com that some vessels have been stranded at berth or at anchorage because of the disruption, although no omission or diversion of calls has been reported so far.

Sources also said vessels in the Indamex service between India and the US East Coast, and the intra-Asia CIX (China-India Express) service with fixed-day berthing windows at Jawaharlal Nehru Container Terminal (JNCT) have been delayed.

“We received some queries for alternative berthing arrangements, but had to turn them down as we are already running full,” an official at APM Terminals-operated Gateway Terminals India told JOC.com.

JNPT, which encompasses four terminals — including two operated by DP World — handles the majority of India’s containerized freight. Officials at DP World Subcontinent told JOC.com that its terminals are operating at normal speed.

Despite productivity gains through automation and other ease-of-doing-business measures, the pace of growth at JNPT has lost some momentum in the past two months after a strong start to the fiscal year, and the latest disruption is another setback as the port tries to refuel steady growth.

Port statistics collected by JOC.com show JNPT handled 2.8 million TEU in the April to October period, up 5.9 percent from 2.7 million TEU a year earlier. Of this, JNCT contributed 905,801 TEU, edging down from 909,316 TEU during April-October 2016.

That slower-than-expected growth trend could threaten a 4.8 million-TEU target goal the top port has drawn up for the current year, building on its all-time high of 4.5 million TEU in fiscal 2016 to 2017 that ended in March.

A new PSA International terminal, slated to open at the end of the year, will double JNPT's capacity upon the completion of its second phase.

Daggett re-elected to third term as head of ILA