ILA, USMX to continue talks on contract extension to 2025

ILA, USMX to continue talks on contract extension to 2025 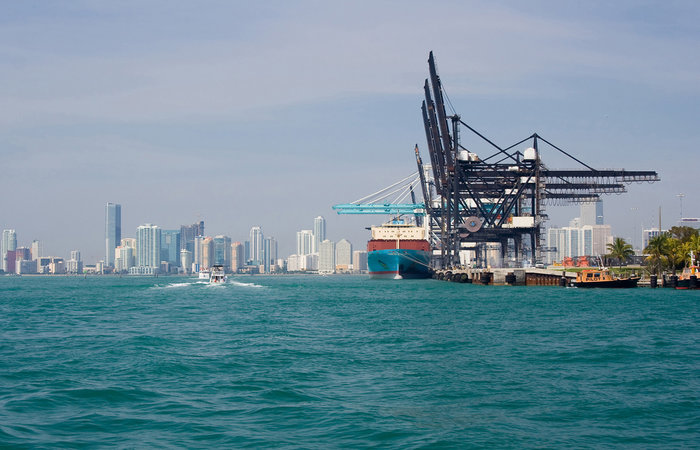 The Port of Miami

The International Longshoremen’s Association and its U.S. East and Gulf coast employers plan additional meetings after two days of “productive” talks on a contract extension that could run to 2025.

“The ILA and USMX are committed to keeping commerce moving at United States Eastern and Gulf Coast ports and we think this extension will achieve that goal,” Daggett and Adam said.

The two sides will continue their discussions at the the ILA’s quadrennial convention July 20-23 in San Juan, Puerto Rico. Meetings of union wage-scale committee delegates and management representatives are planned for mid-September.

This week’s meetings in Newark, New Jersey, were described as exploratory but productive. “Representatives of both sides went over general points that will be discussed in more detail at the convention,” said ILA spokesman James McNamara.

The goal remains a seven-year extension beyond the Sept. 30, 2018, expiration of the current six-year agreement. The ILA has agreed to several early contract extensions in recent decades, but an extension to 2025 would be the longest yet.

Ten years of labor peace would be cheered by cargo interests still reeling from months of West Coast port gridlock that accompanied recent contract negotiations between the International Longshore and Warehouse Union and the Pacific Maritime Association.

“If they can get it done, it would be a good thing and set a new precedent for how port labor negotiations should be conducted,” said Jonathan Gold, vice president for supply chain and customs policy at the National Retail Federation.

ILA and USMX leaders hope to avoid a repeat of their acrimonious 2012-213 contract negotiations, which were punctuated by repeated strike threats that forced many shippers to pad inventories or revise cargo routings.

Those disruptions paled in comparison with the chaos that followed ILWU slowdowns during the recent West Coast negotiations. Shipments were delayed for weeks while dozens of ships waited at anchor.

Besides the shift in cargo, the West Coast fiasco has resulted in introduction of at least three congressional bills to reduce longshore unions’ bargaining leverage.

One of those bills would require the Bureau of Labor Statistics to collect port productivity statistics before and during longshore negotiations. The others would amend the Taft-Hartley Act to empower the president to act against port slowdowns as well as strikes or lockouts, and would permit state governors to initiate the process leading to a back-to-work injunction.