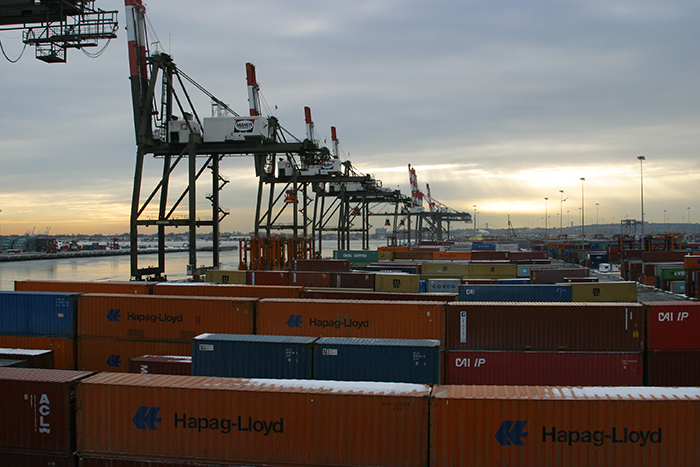 International Longshoremen’s Association President Harold Daggett accused the Waterfront Commission of New York Harbor of harassing ILA members and said the commission’s general counsel is better suited to be “running a women’s prison as a warden.”

Daggett was angered by a statement by Phoebe Sorial, the commission’s general counsel, in response to an effort by Daggett and four other ILA officials to quash subpoenas the commission issued in its investigation of a Jan. 29 wildcat strike at the Port of New York and New Jersey.

Sorial said the ILA officials “made no effort to quash any of the other subpoenas that were served on their rank-and-file members with respect to the walkout. They only saw fit to do so when they, themselves, were called in for questioning.”

Daggett said that was a cheap shot. “They gave the impression that we stood by and let the members take care of themselves. That’s not true,” he told JOC.com. “Every one of the 50 members who answered the subpoenas went to the Waterfront Commission with two attorneys paid by the international. It cost money, but we did it for the members.”

He added, “I don’t know where they got their lawyers over there. Their general counsel would be better off running a women’s prison as a warden.”

Daggett said the commission harasses ILA members  “by holding their waterfront passes over their heads and threatening them with the loss of their jobs. It’s got to stop. They’re trying to run this port like SS troops in World War II."

Asked for comment, Sorial said, “It is unfortunate that, when left without anything else, Mr. Daggett has resorted to ill-advised remarks and personal attacks.”

Ronald Goldstock, the Waterfront Commission’s New York commissioner, said, “If in fact that is what Harold Daggett said, then it appears that he is losing it.”

There’s no love lost between the commission and the ILA. The union and the New York Shipping Association have butted heads with the commission for years with the industry groups accusing the agency of illegal meddling in collective bargaining issues involving hiring, seniority and drug testing.

Last month, a New York judge issued a sharply worded decision overruling what he called the commission’s “mean spirited” refusal to reinstate an ILA crane operator who had rehabilitated himself after abusing drugs. The ILA and NYSA contend the commission’s drug testing is harassment and conflicts with drug-testing requirements in the union-employer contract. The commission disagrees.

“They’re doing everything in their power to destroy the ILA, just so they can justify their existence,” Daggett said. “If they want to fight, I’ll give them a fight. I’m going to stand up to them on behalf of my members. We’re not afraid, because we haven’t done anything wrong.”

The commission has subpoenaed several dozen ILA members for questioning about who called the Jan. 29 strike and why. ILA officials said they did not authorize the one-day strike but that members advised they suddenly walked out to protest heavy-handed tactics by the Waterfront Commission.

Daggett and other ILA officials contend the commission’s investigation is beyond the bistate agency’s statutory authority. The commission, unique to the New York-New Jersey port, is a law enforcement agency that conducts background checks, licenses dockworkers and conducts investigations.

The ILA and its employers are promoting legislation to remove New Jersey from commission jurisdiction and to transfer the agency’s law enforcement and licensing duties to the state police. Commission officials say the bill would be unconstitutional.

Similar legislation was approved by New Jersey lawmakers in 2015 with no dissenting votes but was vetoed by Republican Gov. Chris Christie. Daggett attributed the veto to Christie’s presidential ambitions and said he hopes Christie or a Democratic successor will sign the bill if it is passed again.

A recent flash point between the commission and the ILA and NYSA has been demands by Newark, New Jersey, Mayor Ras Baraka that more of his city’s minority residents be hired for longshore jobs at the New York-New Jersey port, much of which is in Newark.

Baraka recently led a demonstration at the port to publicize his demands. Daggett said the demonstration interfered with truck traffic but that “the Waterfront Commission didn’t do anything about it. If the ILA were to do it, they’d never allow it.”

He said the demonstrators “tried to provoke our men into a fight. We told them to ignore it and keep working.”