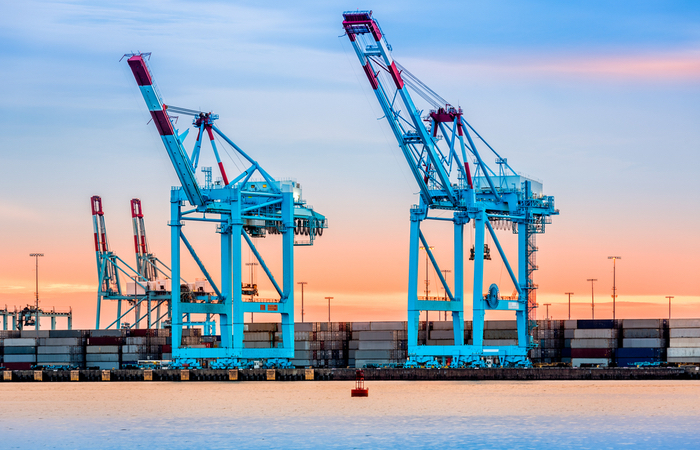 A federal appeals court has ruled in favor of the state of New Jersey pulling out of a regulatory body that oversees longshore hiring practices at the Port of New York and New Jersey. New Jersey can now begin a 90-day countdown for dissolving the Waterfront Commission.

The decision from the United States Court of Appeals for the Third Circuit, which had the support of longshore labor and other port stakeholders, will allow New Jersey’s State Police to perform background checks on hiring at the nation’s second-busiest port complex, instead of the Waterfront Commission.

The appeals court weighed in after the Waterfront Commission filed a lawsuit against Gov. Murphy in January 2018 in response to the state repealing the law that created the 50-year old compact with New York to perform background checks on hiring practices at the two states’ ports.

Proponents of reducing the agency’s role — which include the International Longshoremen's Association (ILA), New Jersey legislators, the Maritime Association of the Port of New York and New Jersey, and the New York Shipping Association (NYSA) — have argued the commission oversteps its authority to combat crime on the docks and slows down hiring. The Waterfront Commission — an independent, bi-state agency with two commissioners, one each appointed by New York and New Jersey — has countered its work to fight racketeering and ensure fair hiring, which increases port costs, is needed.

The commission’s lawsuit against the governor sought to strike down New Jersey’s repeal based on the Supremacy Clause of the Constitution because the US Congress originally consented to the Waterfront Commission’s formation and to issue an injunction against New Jersey’s withdrawal. A district court originally supported the Waterfront Commission’s case, saying the original agreement did not intend for unilateral withdrawal.

But in a decision filed Friday, the US Court of Appeals for the Third District ruled that the “suit impinges on the State of New Jersey’s sovereignty, thereby depriving the District Court of jurisdiction.”

Judge D. Brooks Smith said the Waterfront Commission named Murphy in the suit as a way to target officials acting on behalf of states while not violating a state's sovereign immunity. But Smith said that tactic can only be used to block officials from violating federal law.

Because the injunction against Murphy “would operate against the State itself, New Jersey is the real, substantial party in interest,” Smith said in his decision.

The Waterfront Commission, headed by former New York prosecutor Walter Arsenault, receives most of its budget from fees assessed by port employers. With most of the fees coming from New Jersey, the state’s withdrawal “will virtually eliminate” the commission’s budget. In repealing the law, New Jersey’s legislature said the Waterfront Commission was “over-regulating business at the port in an effort to justify its existence” and an “impediment to future job growth and prosperity at the port.”

According to the Council on Port Performance, 400 longshore candidates were sent to the Water Commission for review as of February 2020. Of those, 237 were hired and 80 were disqualified. The Waterfront Commission is also withholding approximately 50 candidates due to their not being interviewed by the ILA prior to attending a joint interview with the union, employers, and NYSA.