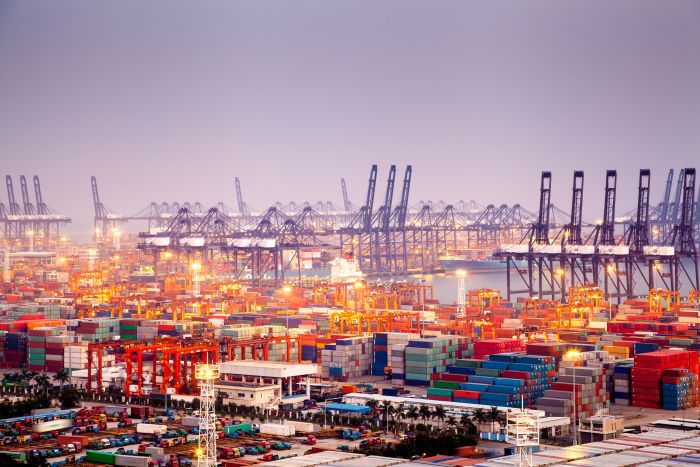 Carriers now have to pay $4,500 each time their ships call at China’s YICT, more than three times the cost of standard pilot charges in Hong Kong. Photo credit: Shutterstock.com.

The charges, which took effect Jan. 1, come as Hong Kong is already under pressure to maintain its position as one of the world’s top 10 container ports amid a continual shift of volumes to nearby Chinese ports and some shift in manufacturing from China to southeast Asian nations.

Whereas up to Dec, 31 carriers paid nothing for their vessels to transit Mirs Bay, lines now have to pay HK$34,968 ($4,500) each time their ships call at YICT, according to the Marine Department’s charging regime. That is more than three times the cost of standard pilot charges in Hong Kong of HK$10,688.

“This is senseless and irresponsible on the part of respective Hong Kong and Shenzhen governments that ocean-going vessels need to face such operational inefficiencies and cost burden, particularly when alternative solutions could have been pursued in the past two and a half years,” Giannetta said.

Ships calling at YICT, which is controlled by Hutchison Ports, have no alternative but to transit Mirs Bay in Hong Kong waters to reach the terminal, which mainly handles trans-Pacific services.

A YICT spokesperson told JOC.com the question of compulsory pilotage is entirely down to Hong Kong’s Marine Department and the shipping lines. She declined to comment on the potential negative impact of the move.

Pointing to the reason why Mirs Bay has remained pilot-free, one Hong Kong-based master mariner said relatively few ocean-going vessels used Mirs Bay compared with more congested and narrower areas of Hong Kong waters. These include areas around the Kwai Chung container terminals and approaches to the western Shenzhen terminals.

Carriers invariably call at the Hong Kong terminals or YICT first before calling at the other facility.

YICT, which together with the Shekou and Chiwan terminals in the west comprise the major terminals making up Shenzhen port, handled 13.2 million TEU last year, about half of the 25.7 million TEU handled by Shenzhen as a whole.

The HKLSA, which represents container lines such as CMA CGM calling at Hong Kong, has been involved in extensive discussions with the Marine Department and the Hong Kong Pilots Association since at least 2016 to reach consensus on the issue.

The distance across Mirs Bay and its approaches is so long that it also required the development of two additional pilot stations and the need for extra, larger vessels to handle the rougher sea conditions.

A Maersk spokesman warned that additional compulsory pilotage would hurt the competitivenss of the Pearl River Delta and urged authorities to coordinate a "safe and efficicent solution for all."

Marso Law Kwun-pan of the Hong Kong Pilots Association indicated Mirs Bay has become busier since it was decided pilotage services were unnecessary 21 years ago.

“There are many large container vessels going through the Mirs Bay into and out of Yantian container terminal and there are many liquefied natural gas [LNG], petroleum, and oil terminals in Shenzhen with many LNG/LPG [liquefied petroleum gas] vessels and tankers navigating through Mirs Bay,” he told JOC.com.

“There is currently no pilot boarding station in Mirs Bay. With the increase in the number and size of vessels transiting Mirs Bay, we see the need for pilotage services in the region to ensure navigation safety,” a spokesperson for the Transport and Housing Bureau, which is responsible for the Marine Department, said.

Giannetta said the HKLSA has written to the pilots association asking them to align the pilot boarding/discharge schedule with Shenzhen pilots, but so far this has been rejected by the association.

“We are now taking this up with the Marine Department, asking that the pilotage requirement at Mirs Bay be temporarily suspended until this can be sorted out or, better yet, until cross-boundary mutual recognition of pilot certification can be sorted out with Shenzhen so that only one pilot is needed on board the vessel the whole way in — either Hong Kong or Shenzhen pilots should be fine,” Giannetta said.

The threat posed by the new pilotage charges comes as Hong Kong has already dropped further down the global port rankings even as terminal operators including Hutchison and Modern Terminals have attempted to arrest the decline by establishing the Hong Kong Seaport Alliance last year.

Peter Levesque, who is managing director and chief executive officer of Modern Terminals until the end of January when he joins Ports America as president, last year said the Seaport Alliance aimed to reclaim 2 million TEU from regional rivals by 2020.

But Hong Kong port was beaten into eighth place among the world’s 10 box ports in November after being overtaken by the northern Chinese port of Qingdao in Shandong province. Qingdao handled 19.2 million TEU in the 11 months to November, up 9 percent year over year, while container volumes through Hong Kong dropped 6.2 percent to 16.8 million TEU up to November 2019.