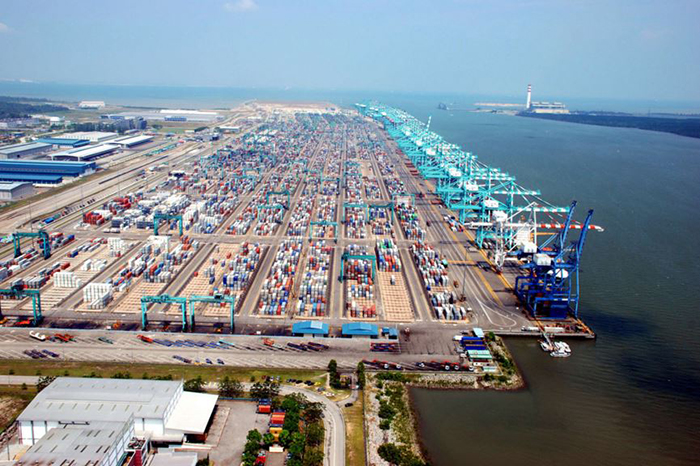 The World Bank is assisting Malaysia to develop a national port strategy to better position its ports sector as a critical facilitator of economic growth.

A 10-month study that will provide recommendations that make up the core of the new strategy is underway and due to be completed in the first quarter of 2016.

According to the World Bank, the primary aim of the study is to define the role of government in planning, regulating, managing and empowering the ports sector as a driver of economic development as well as economic activity in its own right.

“While Malaysia has been successful in capturing increasing amounts of transshipment container volumes, consistently gaining share from Singapore since at least 2004, this outcome contrasts with a comparatively less successful track record of growth in hinterland (import-export) container and bulk volumes, particularly outside of the primary Port Klang complex,” the bank said in a description of the project.

A lack of effective and integrated government policy direction in terms of promoting trade competitiveness, increasing transport efficiency, and better integrating Peninsular Malaysia, Sabah, and Sarawak domestically and internationally, is thought to be behind the lack of success in this area, it added.

“Meanwhile, international competition for port market share has intensified across Southeast Asia, not only in traditional powerhouses like Singapore and Hong Kong, but in emerging, aspiring hubs like Vietnam and Indonesia that also have hinterlands that attract manufacturing and other import-export activity.”

The study is being carried out by the Hong Kong office of international consulting firm ICF International.

As well as reviewing Malaysia’s position in global and regional container shipping, the study will provide an assessment of challenges facing the country’s core container ports of Port Klang, Port of Tanjung Pelepas, Penang Port, Johor Port, Kuantan Port, Sepanggar Port, and Kuching Port.  It will also investigate issues such as inter-port competition and the high cost-to-serve in the containerized trades of East Malaysia and identify whether opportunities exist for rationalization of port operations in Sabah and Sarawak.

A set of national-level key performance indicators for the ports sector is being developed as well as a roadmap for the adoption and implementation of the new national ports strategy.

“The … emphasis … will be to specifically assess the role of government in the ports sector to uncover public-policy relevant areas where government (Federal, State, and local) can make a difference in terms of performance improvement along the lines of the national objectives,” the bank said.

Malaysia is keen to attract more foreign investment to its smaller ports and has identified China’s Belt and Road initiative as one potential source of funding.

Transport Minister Datuk Seri Liow Tiong Lai said the country was working out how to attract Belt and Road investment to ports such as Malacca and is also exploring the idea of alliances between its larger ports and major ports in China.

"Malaysia has many international ports, including Port Klang, Port of Tanjung Pelepas, Bintulu Port and Kuantan Port, which we can form into an alliance with ports in China. This could raise our competitiveness, enhance our container processing, expedite all processes with less bureaucracy, and help each other with the concept (of the alliance)," the Minister said at a press conference in Johor at the end of September.

Chinese investors already have a 40 percent stake in Kuantan Port on the eastern side of Peninsular Malaysia, facing the South China Sea. The port is currently undergoing expansion to cater for ships up to 150,000 deadweight tons and where a Malaysia-China Kuantan Industrial Park is planned to support economic development in the region.