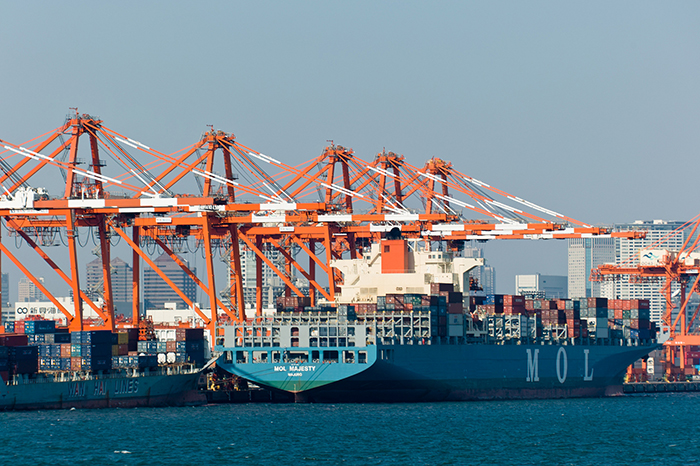 Nittsu Research Institute and Consulting Inc. expects Japan’s container trade to remain almost flat in fiscal year 2016, edging up only 0.1 percent from a year earlier to 11.6 million 20-foot equivalent units because of economic uncertainty both at home and abroad.

The forecast is a downward revision from NRIC’s previous prediction of an increase of 1.3 percent, but if realized still represents the first growth in Japan’s container trade in three years on a fiscal-year basis. After falling 1.1 percent in fiscal 2014, the container trade is estimated to have shrunk 3.9 percent to 11.6 million TEUs in fiscal 2015, NRIC said.

In fiscal 2016, loaded container exports are projected to drop 0.4 percent to 4.7 million TEUs. NRIC had previously forecast an increase of 0.9 percent.

After rising 1 percent in fiscal 2014, loaded exports from the eight major ports are estimated to have declined 3.3 percent to 4.75 million TEUs in fiscal 2015, NRIC said.

In fiscal 2016, loaded imports are projected to climb 0.4 percent to 6.8 million TEUs. NRIC had previously forecast an increase of 1.6 percent.

Japan’s economy is now teetering on the brink of a recession as consumer spending, a key engine of growth that accounts for about 60 percent of the nation’s GDP, has yet to recover from a sales tax hike from 5 percent to 8 percent in April 2014.

NRIC said that consumer spending and corporate capital spending, another driver of economic growth, will recover somewhat in fiscal 2016, but not enough to boost container imports significantly.