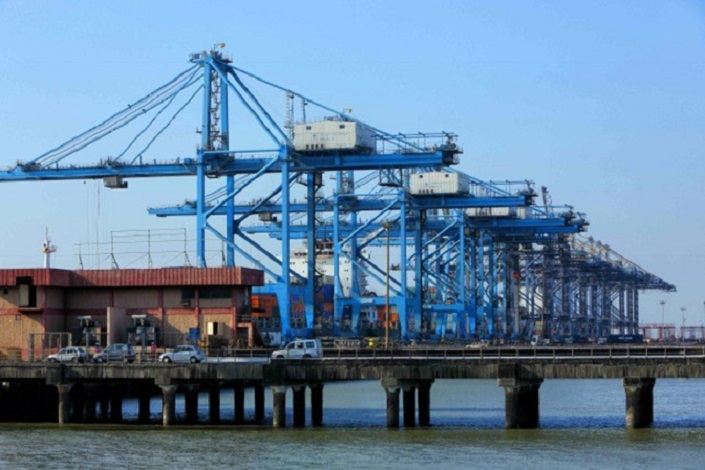 What’s more, thanks to those renewed/well-coordinated efforts, ship turn times and container dwell times are considerably shorter than a year ago, a new JOC.com analysis shows.

JNPT’s average turn time for a container ship during October decreased to 30.24 hours from 34.56 hours a year earlier. The average for the first seven fiscal months (April-October) also improved — down to 33.36 hours, from 36.72 hours during April-October 2017.

Further, there has been a marked improvement in the overall dwell times at the port — averaging 65.24 hours in October versus 74.23 hours a year earlier. Dwell time is generally defined as the time taken for exports inside terminal gates to be loaded onto a ship and imports onto a truck or train.

Even more significantly, the pace of railed cargo clearance — for which delays have long been a major concern — has improved substantially. That October number for cargo handled by train decreased to 88.73 hours from 137.02 hours previously.

Also, with quicker intermodal operations, JNPT's rail handling prospects appear to have brightened. That share during the past three months has been slightly more than 15 percent, after months of slowing growth, despite vigorous proactive efforts; that inadequate growth forced authorities to rework free storage times in line with those for truck freight.

In addition, inter-terminal truck movement — which is a critical aspect for greater gate productivity — has also modestly increased, reaching 102,639 truck trips during April-October, up 1.5 percent year over year. Under the program, truckers can drop off laden export containers at one terminal and pick up import units from the other neighboring facility, involving a single gate transaction.

Another notable productivity highlight is the sustained progress JNPT has made toward generating more import discharges via its direct port delivery (DPD) program. New statistics show DPD handling represented 42.5 percent of the port's total laden imports by road during October, or 60,026 TEU out of 141,272 TEU. In the April-to-October period, that share was 40.6 percent, or 398,582 TEU and 982,444 TEU, respectively.

Global Shipping Outlook: A Sneak Peek at 2021
Port Performance North America: Managing Cargo Flow During a Pandemic — and Beyond
END_OF_DOCUMENT_TOKEN_TO_BE_REPLACED