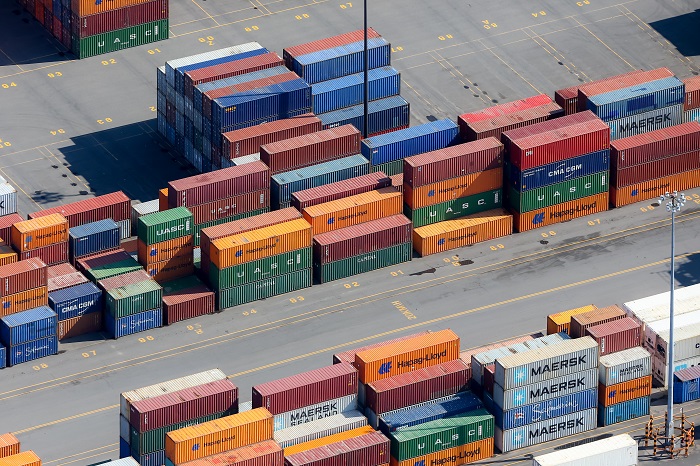 CMA CGM's new liner unit APL is the latest carrier looking to cash in on the aforementioned trend by upgrading its India-Pakistan-Mediterranean Express (IPM) service with a new call at the Adani Hazira Container Terminal (AHCT), about 120 nautical miles north of JNPT.

That addition complements IPM’s existing calls at JNPT and Mundra, with the first sailing under the enhanced rotation scheduled for Jan. 7 from Jebel Ali. The service is expected to deploy five vessels.

“The IPM service enhancement represents APL's continued effort in widening its presence in the Middle East and the Indian Subcontinent regions,” the Singapore-based company said in a statement.

Hazira, which began container handling in 2013, has been growing at a rapid pace, albeit with some of those gains stemming from previous congestion problems at JNPT, but also vigorous shipper outreach drives and rail service upgrades by port owner Adani. Overall, however, the company’s efforts appear to be paying off, as Hazira achieved a new monthly high of 51,466 TEU in October.

“The strategic advantages of Hazira include world-class infrastructure to handle container vessels and seamless connectivity to the cargo catchment centers in South Gujarat, central India, and northern Maharashtra,” Adani said in a recent trade advisory.

AHCT includes two berths with a total quay of 2,346 feet, a draft of 46 feet, about 3,300 ground slots, six quay cranes, and 14 rubber-tire gantry cranes. The terminal’s container capacity is about 1 million TEU per year.

The private terminal hosts a raft of weekly services to and from India, including Maersk Line’s ME3 linking India, the Middle East, and Europe; CMA CGM’s EPIC between India and North Europe; and the Mediterranean Shipping Company’s IPAK between India and Europe.

That is fueling concerns at JNPT terminals — which is also India’s largest public harbor. “As terminals in Gujarat are cost effective due to lower rail freight on account of their proximity to NCR [national capital region] and other major cargo clusters in northwest India, these volumes tend to get serviced from Gujarat terminals,” officials at APM Terminals Mumbai told JOC.com.

How to Improve OTIF: 15 Tips for On Time and In Full Delivery
END_OF_DOCUMENT_TOKEN_TO_BE_REPLACED