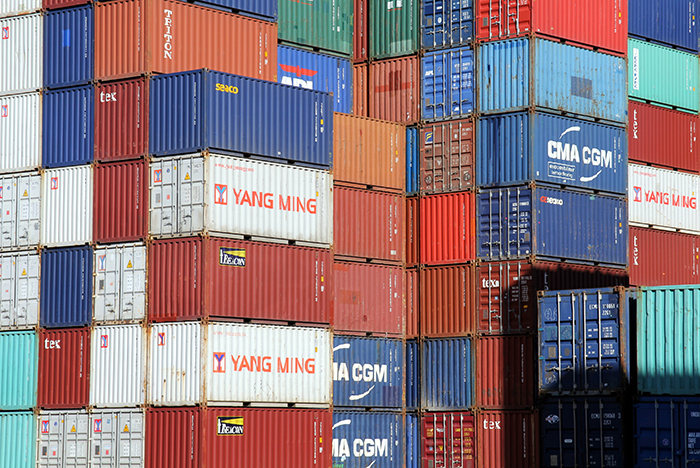 The Port of Chittagong registered a strong growth rate in 2017, despite a prolonged period of congestion. Photo credit: Shutterstock.

Prolonged congestion, lack of equipment, and inadequate capacity put a damper on the Port of Chittagong’s full-year container growth rate, which came in at 9.36 percent in 2017 — following a robust 17 percent gain 2016.

Nevertheless, the Chittagong Port Authority (CPA) is hopeful container handling growth will return to a stronger growth rate, as equipment that will increase capacity will be installed soon.

Faruk said the installation of equipment that expands capacity is underway and several jetties will be added in a year or two.

“Container handling growth at the port also depends on the rise in the country’s export-import activities. If you bring more containers, we will also handle more,” Faruk said.

Further, there is another ray of light: the port is now handling containers around-the-clock, as part of the government’s effort to provide quick service to export-import activities, which is the lifeline of Bangladesh’s growing economy.

The country's GDP will expand 7.2 percent for the fiscal year that started in July, according to IHS Markit forecasts. Merchandise exports, of which garments make up 80 percent, will grow 7 percent in dollar terms to $39.7 billion as a result of the depreciation of the local currency, stable international demand, and government incentives. However, Bangladeshi garment manufacturers will face growing international competition as a result of the complications at the country's ports and regular road congestion, according to IHS Markit.

The Port of Chittagong sustained a prolonged period of congestion last year, from April to October. Vessels had to wait in the port’s outer anchorage for more than 10 days to secure a berth, resulting in a longer stay and large demurrage charges for shippers.

As a result of the congestion, many operators avoided calling on Chittagong and some imposed a surcharge to cut their losses. Shippers also staged a fierce protest, as they failed to get raw materials in a timely manner, which halted production in the factories and delayed shipments. And, as an alternative, some had to divert their shipments to air shipment, increasing their costs substantially.