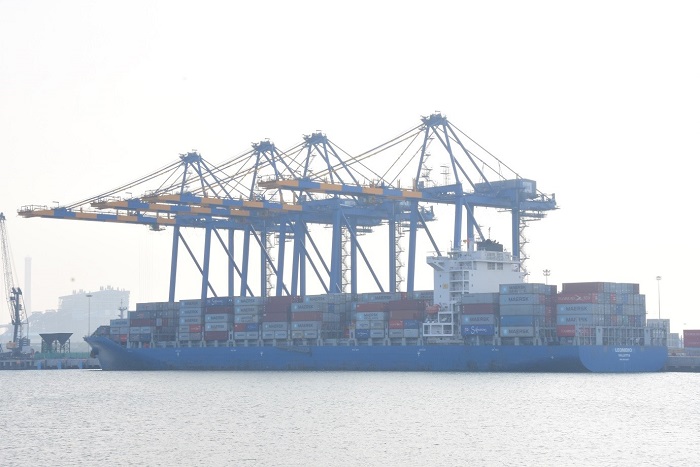 Port of Chennai logged impressive growth in September, but a new/revised intra-Asia routing unveiled by Maersk Line to call at Ennore, instead of Chennai, could jeopardize the public port's growth efforts and increase competition among terminals on India’s east coast.

The port of call change on the Chennai Express Service (CHX) — prompted by Chennai’s chronic congestion — took effect with the Maersk Leonidio docking at the Adani Ennore Container Terminal (AECT) on Saturday.

“As global trade increases, so does the congestion at existing ports. There comes a point when moving to a new port becomes inevitable. Which is why we’re shifting operations from Chennai to Ennore,” Maersk stated in a customer advisory. “And we’re doing it before anyone else.”

The CHX call change — which marks Maersk's total exit from Chennai — is generally viewed as a “watershed moment” for AECT, which has remained a non-starter since operations partially started in October 2017, followed by an official opening in early January.

Ennore is located about 15 miles north of Chennai. A key factor favoring Ennore is good/dedicated highway connectivity, a lack of which, combined with yard equipment shortages, ails cargo moving via Chennai.

What’s more, Adani is said to have invested Rs. 724 crore (about $98 million) in the Ennore facility, which features a 400-m (1,312-foot) quay, four rail-mounted quay cranes, 12 rubber-tire gantry cranes, and a capacity to handle 800,000 TEU annually in the first phase. The group has committed to invest Rs. 546 crore in the second phase, covering a quay line of 330 meters and a capacity of 600,000 TEU, which will increase AECT’s total annual capacity to 1.4 million.

Notwithstanding the aforementioned advantages, the new Ennore terminal has struggled to attract regular/fixed ocean carrirer calls, essentially due to high vessel-related charges applied by the port authority. However, the new Maersk call addition is an indication that those price anomalies — which industry sources earlier put at a cost difference of $20,000 for an Ennore call verus its peers — have been addressed to create a more-conducive market environment.

As competition intensifies, terminals in the east coast region have been forced to offer mainline carriers deep discounts on service rates. For Chennai, much will hinge on how effectively it can capitalize on ocean carriers’ growing interest regarding transshipment operations there to take advantage of the liberalized cabotage policy enacted May 21.

Maersk accounts for roughly 20 percent of India's container freight, and the carrier has, in its recent trade analysis, sounded extremely bullish on the emerging market economy, with a heavier focus on technology advances.