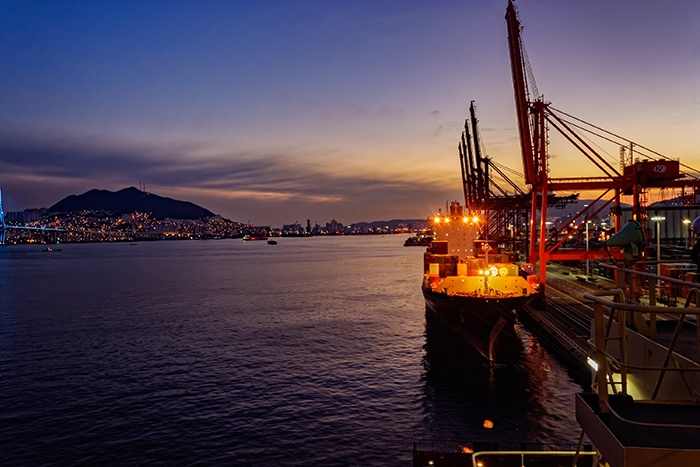 Throughput at the Port of Busan broke the 20 million TEU mark for the first time ever, threatening the No. 5 ranking of Hong Kong, once the world’s top port.

Busan could become the fifth-largest port in the world despite the loss of volume from Hanjin Shipping’s bankruptcy, depending on traffic at Hong Kong in December. Hong Kong’s throughput rose 6.4 percent year over year through November to 18.9 million TEU, according to preliminary estimates from the port.

Surpassing the 20-million-TEU mark is a triumph for Busan, which is the world’s second-busiest transshipment hub behind Singapore and was arguably the epicenter of Hanjin’s bankruptcy.

At the time of bankruptcy, Hanjin, which accounted for 14 percent of the port’s traffic, was the largest carrier in South Korea and seventh-largest in the world. Hanjin was the owner of the largest terminal in the port until 2015, when it had to jettison the last of its shares in the terminal to raise cash that it would turn out only stalled the inevitable.

In the aftermath of the bankruptcy, the Busan Port Authority (BPA) assigned 37 employees from four of its divisions, including operations and international logistics, to an emergency response team to tackle the crisis. It was estimated that Hanjin’s collapse stranded 500,000 containers around the world.

To help protect its throughput without Hanjin, the BPA offered discounts to Hanjin’s alliance partners, a bid that appears to have paid off, as Busan’s throughput was essentially flat in 2016, slipping just 0.1 percent to 19.45 million TEU. That compares with the 2.3 percent decline at Hong Kong to 20.07 million TEU.