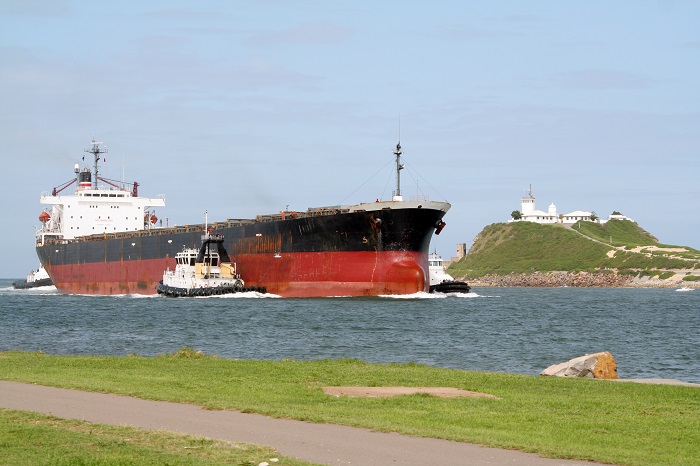 However, exporters in Australia’s highly successful wine sector, including Pernod Ricard, owner of the Jacob’s Creek, the country’s largest wine brand, and the NSW-based McWilliams Wines, have complained of serious delays at China Customs that could jeopardize forecasts for Australian wine exports to top A$1 billion in value for the first time in 2018.

Wine exporters are pressing the Australian government to resolve its issues with China to protect trade and revenues from one of its key export destinations.

The Newcastle deal extends the global port footprint of CMPort to six continents, after the February purchase of a 90 percent stake in TCP Participações, the operator of the Port of Paranaguá in Brazil, the second-largest container terminal in the country.

“The Port of Newcastle will complement the current trading network covered by the company’s port portfolio and will further generate synergies and positive long-term financial returns for the company,” CMPort said in a statement announcing the completion of the acquisition.

The Port of Newcastle has a total land area of 792 hectares (1,957 acres), including 200 hectares of vacant port land available for development. It is aggressively seeking to overturn a clause in an agreement between the government of NSW and Port Kembla that prevents it from implementing a plan to develop a major container terminal operation.

“This arrangement, now under investigation by the Australian Competition and Consumer Commission, would see [Port Kembla] paid ‘compensation’ for every TEU handled [above a nominal threshold] if a successful container terminal is operated in Newcastle,” said Newcastle’s acting CEO Simon Gelder.

“The Port of Newcastle remains ready to move on the development of a world-class container terminal to service regional Australia.”

At the results announcement in Hong Kong in March, Deputy General Manager Yan Gang said CMPort was not concerned about a possible China-US trade war, and may even benefit from such a situation.

“The loss [of business] from a trade war can be compensated by trade from Southeast Asia and Europe.

“Our home base in west Shenzhen serves a relatively small proportion [of US-bound trade] … [a trade war] might even benefit CMPort as our business mainly serves Southeast Asia and Europe shipping routes,” Gang said.

Non-China facilities accounted for 18.3 million TEU in 2017, up 7.9 percent from 2016. The two star performers were Colombo International Container Terminals Limited in Sri Lanka and the Lomé Container Terminal in Togo, which saw volume surge 18.5 percent and 67.5 percent, respectively.

The company said it expects strong growth to continue in 2018, due to the favorable global financial environment, strong global demand, and a projected 6.6 percent GDP growth rate for China’s economy.

Canada Trade and Shipping Outlook
TPM22: What We Learned — Container Shipping in the Crosshairs
Managing E-Commerce From Order to Delivery and Beyond
END_OF_DOCUMENT_TOKEN_TO_BE_REPLACED