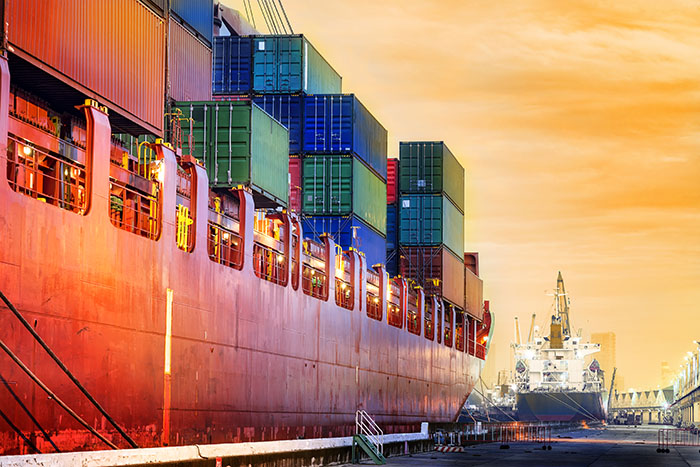 Data on 95 percent of the Port of Los Angeles’ volume is flowing through its single-window Port Optimizer platform, developed with GE Transportation, but officials say there

If ports have forever been the main physical bottleneck in international container movements, it’s not surprising that ports, or at least individual players within ports, would emerge as a bottleneck in efforts to digitize the supply chain.

That bottleneck takes shape in at least two ways. First, there is the tendency of so-called port community systems to optimize operations within the boundaries of the port, not extending to the supply chains running through those ports. Second, there is resistance to participation in data-sharing initiatives due to competitive concerns.

The case of the Port of Los Angeles, the largest port in the Western Hemisphere, illustrates both challenges. The resistance to sharing data as part of the effort to implement a single digital portal at the port illustrates how far digitization has come in the container supply chain and how far it still must go before economic value can be created across the system.

Progress can be measured, Gene Seroka, executive director of the Port of Los Angeles, told the JOC Port Performance North America Conference in December. Data on 95 percent of the port’s volume is flowing through the single-window Port Optimizer, developed with GE Transportation, with most major carriers and terminals participating in some form as well as some “dabbling” by the railroads. But the data is incomplete, and resistance remains among some terminals within the port to engage fully, due in part to concerns over the potential competitive impact.

The result is little confidence that another cargo surge arriving at a major import gateway such as Los Angeles-Long Beach won’t lead to the same gridlock that has occurred many times before. “We still have a long way to go,” Seroka said. “I am nowhere near satisfied.”

The slow pace of digitization in an environment as complex as a port shouldn’t be surprising. The once-familiar business landscape has suddenly become unfamiliar, thus risky. Data and cloud computing are hardly core competencies in terminals. “The key decision-makers don’t necessarily want to take the pain for the next person’s benefits,” port analyst Mark Sisson told the event.

As a result, the many incentives Los Angeles has offered to port players to engage have failed to overcome resistance. “We don’t even own the data; that remains with the originators,” Seroka said. “We heard folks say, ‘You’re going to make money off our data.’ Well, if there was a date that the data became monetized, we have a business model that would share it with the owners of the data.”

Things are changing, although not at the pace some would prefer. Terminal operators are realizing that while the carriers may be their primary customers, the carriers’ shipper, forwarder, and trucker customers are also important. Shippers will consider which terminal a carrier calls in deciding which carrier to use. A well-performing terminal, or an entire port, means faster truck turn times and lower costs for the shipper. The Georgia Ports Authority’s long-term success is due in part to shippers requesting Savannah port calls from their carriers.

“I get feedback all the time from my customers who don’t want to come to this terminal anymore because it’s costing too much because the drayage rates are too high,” Weston LaBar, president of the Harbor Trucking Association, said at the conference. “Many of the stakeholders are still in this practice of taking this myopic, selfish view of ‘what does this do for my business?’ without understanding, again, this is an ecosystem.”

Added APM Terminals’ North America head Wim Lagaay, “Probably the most important change is the customer expectation … for predictability, faster delivery, and information flow and transparency throughout the process from end to end.”

Seroka and LaBar pointed out the LA-LB gateway has to be competitive and as long as it struggles on that front, it will continue to lose cargo to the East and Gulf coasts. “There’s been a loss of market share for a generation on the West Coast. Seventeen years ago, 80 percent of the cargo within the trans-Pacific theater moved over the West Coast. Today, it’s about 60 percent,” Seroka said. “Digitization, along with the continued push on many other fronts is the way toward” restoring competitiveness, he said.

“I don’t care how much cargo you have,” LaBar said. “If we lose cargo as a gateway, you will lose. It’s all about the size of the pie and not how big your piece is.”