US exporters anticipate a ‘dismal’ 2019

US exporters anticipate a ‘dismal’ 2019 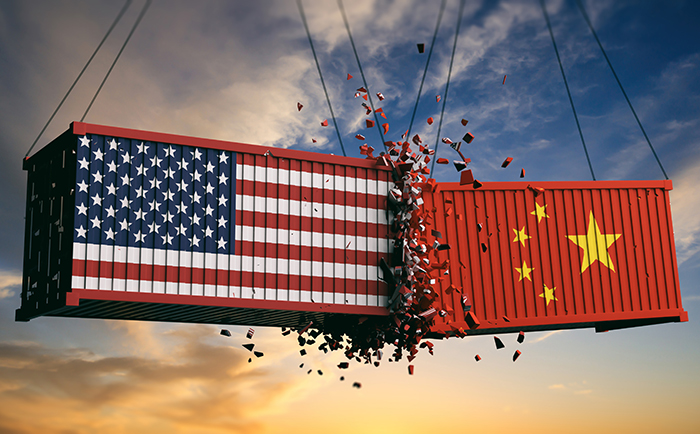 US exporters of commodities are working to develop markets in North and Southeast Asia and the Indian subcontinent. Photo credit: Shutterstock.com.

Still dealing with the uncertainty of a trade war with China and rising rail costs from the US interior to West Coast ports, exporters of containerized commodities are preparing for what could be a dismal year ahead in the westbound trans-Pacific.

Statistics compiled by PIERS, a sister product of JOC.com within IHS Markit, show a drop of 0.2 percent in total containerized exports in 2018. However, with China imposing retaliatory tariffs on a number of US commodities because of Trump administration tariffs and more tariffs threatened on more than $200 billion of imports from China, containerized exports to Asia declined 4.2 percent from 2017, and exports to China were down 24.5 percent.

The decline in containerized exports continued into the new year, with the Port of Los Angeles in January reporting laden export containers down 3.4 percent year over year; exports through the Port of Long Beach were down 2.7 percent, according to statistics published on the websites of the top two US container ports.

Soybean exports were hit especially hard by Chinese tariffs, plunging 56.5 percent in 2018 compared with 2017. Even if the US and China reach an agreement in the months ahead to end the trade war, it may be too late to stop the decline in containerized exports in the largest US trade lane.

“We are really behind. It doesn’t bode well,” Mike Steenhoek, executive director of the Soy Transportation Association, told the 2019 TPM Conference Monday in Long Beach.

China’s clamp down on adulterated recyclables, known as the Green Fence policy, had already caused exports of wastepaper and scrap metal to decline in recent years, but exports of wastepaper to China plunged 43.2 percent in 2018, and scrap metal exports declined to only 19,118 TEU, a drop of 83.4 percent from 2017. Dry distillers grain (DDG), once an important export to China, plummeted 61.3 percent last year, although DDG exports to the world increased 20 percent, according to PIERS.

US exporters of commodities are working to develop markets in other nations in North and Southeast Asia and the Indian subcontinent, although industry groups such as the Soybean Transportation Association, which established a trade office in China more than 30 years ago, said there will never be another China.

As exporters seek to develop new markets in developing countries in Southeast Asia and the Indian subcontinent, they will find they have fewer direct liner services to choose from than they do in China; they will have to transship through regional hubs such as Singapore and Hong Kong, adding time and cost to a voyage.

In addition, carriers are careful about where they ship low-margin commodities because the when the containers are emptied, they must be repositioned, at a cost, to China where most of the exports from the region to the US originate, said Larry Burns, senior vice president of trade and sales at HMM. Furthermore, some developing nations do not have the port and inland infrastructure to accommodate the mega-ships and the large container discharges that are standard in the US-China trade. “It removes the efficiency of the market,” he said.

However, freight rates are favorable for exporters, with commodity rates often in the range of $175 to $250 per FEU. By comparison, spot rates on US imports from Asia last autumn peaked at $2,600 to $3,000 per FEU, Burns said. When carriers attempt to impose surcharges later this year as the Jan. 1, 2020, International Maritime Organization global requirement for low-sulfur fuel approaches, the added charges for higher-value imports will be “multiples” of what the carriers will likely charge on exports to Asia, he said.

Commodity exporters in the US interior do not receive a great deal of help from railroads on intermodal rates to West Coast ports. Steenhoek noted that when markets soften, barge operators shipping soybeans in bulk lower their prices to improve the competitive position of agricultural exports, but intermodal rail rates increase from year to year.

April Zobel, manager of export traffic at the Andersons Inc., an agricultural exporter, said Chicago has become an important loading location for agriculture exporters in the Midwest who ship through the Canadian ports.

A study by Ocean Shipping Consultants found that on imports from Asia, the intermodal rates from Asia to Chicago via the Canadian ports are $400 to $600 cheaper than via US West Coast ports. In January, laden exports through Prince Rupert increased 18 percent year over year, and Vancouver’s exports were up 20.1 percent from January 2018.

Thanks to our moderator, Bill

Permalink Submitted by lawrence.burns@... on Mar 6, 2019 12:53PM EST
Thanks to our moderator, Bill, for leading a lively discussion with a well attended session. The next 8 months of export and trade relations are expected to provide much to write about.
Maritime News›Trade Lanes›Trans-Pacific
Regulation & Policy›Import and Export Regulations
North America›United States