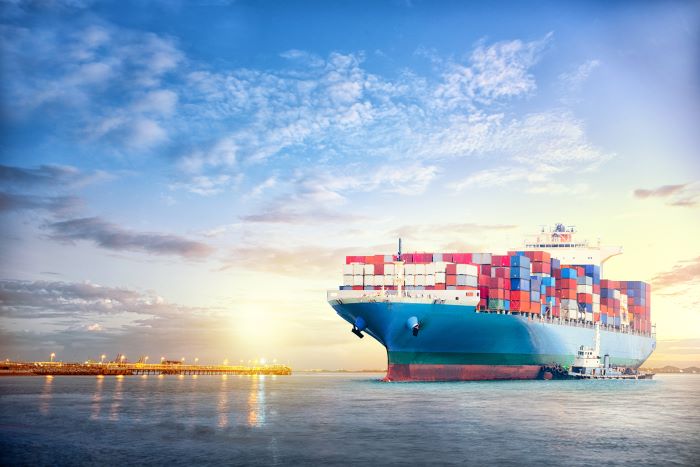 The expected signing of a partial “phase one” trade deal between China and the United States on Jan. 15 may point to an easing of the trade war that has shaken global economies, but it’s going to take more than the cancellation of some tariffs to change the darkening outlook for Asian trade.

Even if the US and China go forward and de-escalate tensions, there’s still that not-so-little matter of the tariffs not covered by the first phase of the deal, and the larger economic forces slowing demand for Asian exports and imports.

China’s real gross domestic product (GDP) growth is expected to slow to 5.7 percent this year, from 6.2 percent in 2019, according to JOC.com parent company IHS Markit, paralleling a slowdown in global GDP growth from 2.6 percent to 2.5 percent. Despite a modest deceleration, IHS Markit expects Asia-Pacific economies to expand 4 percent in 2020, accounting for more than half of global growth.

“The primary source of drag on Asian economies remains exports, as the US-China trade conflict drags on and global demand remains weak; however, domestic demand concerns in key economies are also undermining the region’s near-term outlook,” according to IHS Markit.

Despite the US tariffs on Chinese goods and slowing economic demand, growth in Asian containerized exports to Europe and North American will still accelerate in the coming year, according to IHS Markit’s Global Trade Atlas Forecasting Strategic Report. Asian exports to Europe will expand 2.6 percent in 2020, after rising 2.3 percent in 2019, while Asian shipments to North America will accelerate from a 1.7 percent expansion in 2019 to 4.3 percent in 2020.

That bodes well for Chinese ports looking to turn around declining volume growth in 2020. Container volume through the top 20 Chinese ports rose 3.2 year over year in the first 11 months of 2019, according to data from transportation index provider Shanghai Shipping Exchange. Volume through those same ports rose 5.5 percent in the same 11-month period in 2018.

Global manufacturing indices are giving a sense of how lukewarm demand could be for Asian goods in 2020. The JPMorgan Global Manufacturing PMI, compiled by IHS Markit based on surveys in over 30 markets, fell to 50.1 in December from 50.3 in November. That’s the second straight month with a reading just over 50.0, indicating marginal production expansion.

“New orders and output continued to edge higher, but global exports continued to fall, down for a sixteenth straight month. However, the decline in global exports was the smallest since last January, hinting that global trade is exerting a reduced drag on both production and order books,” IHS Markit said in its analysis.

Encouragingly, the announcement that the US and China agreed to the first phase of trade deal pulled global manufacturers’ production expectations to a seven-month high. Of the 14 markets reporting improved manufacturing conditions, eight were located in the Asia-Pacific region, and China’s factories have now reported modest and consistent growth over the past five months, ending in December.

But global factory employment slipped in December, along with purchasing activity and inventories, suggesting that global manufacturers are still cost-conscious and haven’t been swept up by trade deal optimism. The escalation in tensions between the US and Iran after the drone strike that killed Qassem Soleimani, Iran’s top military official, has also sent shivers through global energy markets. US benchmark Brent crude oil prices hit above $70 per barrel in the first week of January.