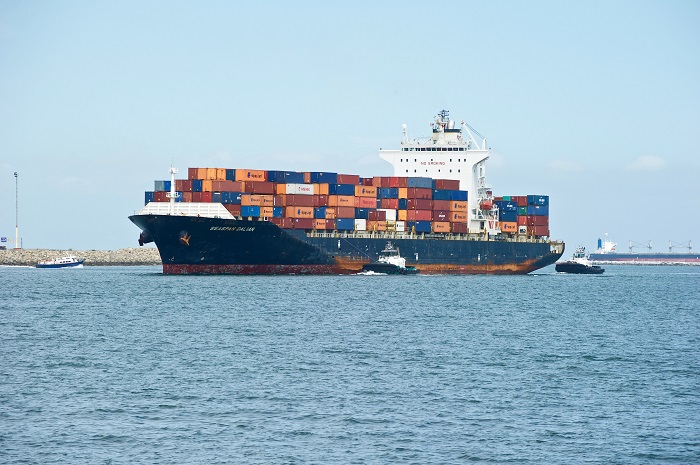 Importers are shipping with a sense of urgency to bring their merchandise into the United States before factories in Asia close down for the Lunar New Year celebrations on Feb 16. Photo credit: Shutterstock.

Demand for vessel space in the eastbound Pacific took a divergent path this week, with container spot rates to the East Coast jumping 7 percent while rates to the West Coast fell 5 percent, resulting in an unusually large rate spread between the two coasts.

The East Coast spot rate increased 7.1 percent from last week to $2,792 per FEU, but excess capacity on West Coast services forced rates down 5.2 percent to $1,436 per FEU. The spread this week of more than $1,300 between the East and West coast spot rates, up from only about $500 last autumn, indicates that beneficial cargo owners are willing to pay more — significantly more — for all water-service to the East Coast than they were only three months ago.

Importers are shipping with a sense of urgency to bring their merchandise into the United States before factories in Asia close down for the Lunar New Year celebrations on Feb 16. Shipping options on all-water services to the East Coast are somewhat limited compared with the West Coast and especially Los Angeles-Long Beach, where the largest ships in the US trades are deployed and there is perpetual overcapacity. Therefore vessel utilization rates to the East Coast are higher and carriers find it easier to raise their rates.

Spot rates to both coasts have been elevated the past few weeks compared with the rates in late November and early December, when the trade naturally dropped off because all of the holiday merchandise had been shipped the previous month. This week’s $2,792 per FEU rate to the East Coast was up from $1,681 in the week of Nov. 24. The West Coast rate of $1,436 per FEU was up from the bottom hit on Dec. 8 at $1,078. All spot rates are found under the Market Data Hub published on JOC.com.

Spot rates this week were down 23.4 percent to the East Coast compared with last January and down 33.7 percent to the West Coast. Last year was an anomaly, though, because the trade was still adjusting to the loss of 7 percent of vessel capacity from the Aug. 31, 2016, bankruptcy of Hanjin Shipping Co.

It is possible that the spread will narrow as Lunar New Year approaches and imports from Asia surge further. East Coast strings will probably be filled, so importers will have no choice but to ship more freight through the West Coast. As vessel utilization rates on West Coast services increase, carriers will increase their rates as well.

Spot rates will drop in the normal seasonal lull that begins after Lunar New Year and continues into early summer. The decline in spot rates this year could be greater than last year because carriers so far have announced fewer blank sailings. According to the SeaIntel Maritime Analysis this week, carriers will cancel only 6.2 percent of their sailings during the three-week Chinese New Year period, compared with 14.7 percent during Chinese New Year 2017. Carriers will blank 5.2 percent of their sailings to the East Coast, compared with 10.4 percent last year.