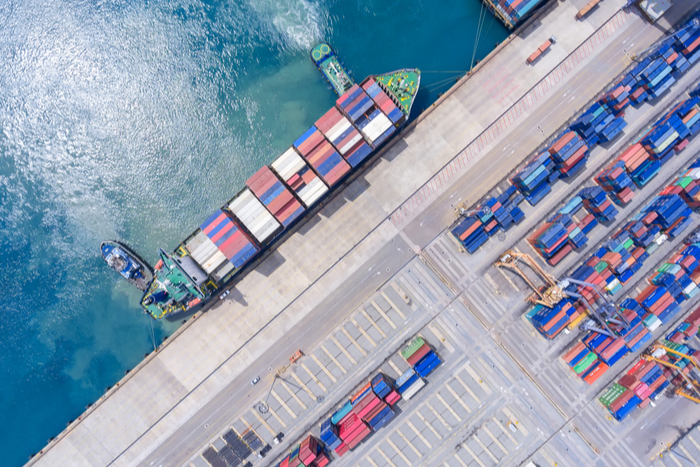 Carriers appear to have better matched capacity with demand as rates managed to inch upward this week. Photo credit: Shutterstock.com.

Spot rates on Asia–North Europe this week ended a two-month slide during which rates lost a third of their value and reached levels not seen in well over a year.

But the carrier celebrations will be muted as it wasn’t much of an improvement — the Shanghai Containerized Freight Index (SCFI) rate only increased $14 this week to $594 per TEU. The rate is still 22 percent lower than during the same week last year, according to the weekly tracker at the JOC Shipping & Logistics Pricing Hub.

The importance of higher rates grows by the week as carriers steam ever closer to the implementation of the IMO 2020 low-sulfur regulations. Ships will soon have to fill up with the more expensive fuel, and those additional costs will be passed on to shippers in the form of bunker adjustment factor (BAF) fuel surcharges. The spot market influences contract rate levels, which will be informed by the additional cost of low-sulfur fuel.

Kuehne + Nagel CEO Detlef Trefzger said during the forwarder’s third-quarter earnings call this week there was little momentum from the market to lift spot rates.

“There is no head or tailwind from shipping rates at the moment,” he said. “The trend is that the rates will increase by the end of quarter four in preparation of the IMO 2020 additional cost for low-sulfur.”

Contracts on Asia–Europe are typically negotiated in the fourth quarter, but both shippers and their forwarders have told JOC.com they have received very little clarity from carriers on the surcharge levels they should expect.

Carriers have announced a significant amount of blanked capacity this quarter as they try to match capacity with demand, and the 2M Alliance has told the market its AE2/Swan service will only be reinstated at the end of November, rather than the planned mid-month reactivation.

But a contradiction is emerging on the Asia-Europe trade, with container volume still growing despite falling global demand and weakening economies.

Germany is teetering on the brink of recession, the UK is mired in uncertainty over its pending exit from the European Union, and the Eurozone economy remained close to stagnation at the start of the fourth quarter, according to IHS Markit.

Yet Singapore-listed Hutchison Port Holdings Trust (HPHT) Friday reported that in the three months from July through September, outbound containers to the European Union from its terminals in South China and Hong Kong increased 6 percent compared with the same quarter last year.

Container Trades Statistics (CTS) volume data for September for overall European imports is not yet available, but the HPHT growth indicates continuing demand on the trade lane. CTS data show volume on Asia-Europe in August was up just 1 percent year over year, but the September numbers will give a clearer indication of the peak season performance.

Asked about the rising volume despite weakening trading conditions, Jens Bjorn Andersen, CEO of DSV Panalpina, told JOC.com that, “Global trade is slowing, but it is not in reverse. There is still growth in sea freight volume globally. It has come down by 1 to 2 percent, but it is still growth on the back of some very strong numbers a year ago.”

Kuehne + Nagel, the world’s largest sea freight forwarder, reported 4.3 percent growth in its ocean segment from January through September that translated into an additional 152,000 TEU, although the growth was not all attributed to the Asia-Europe trade lane.