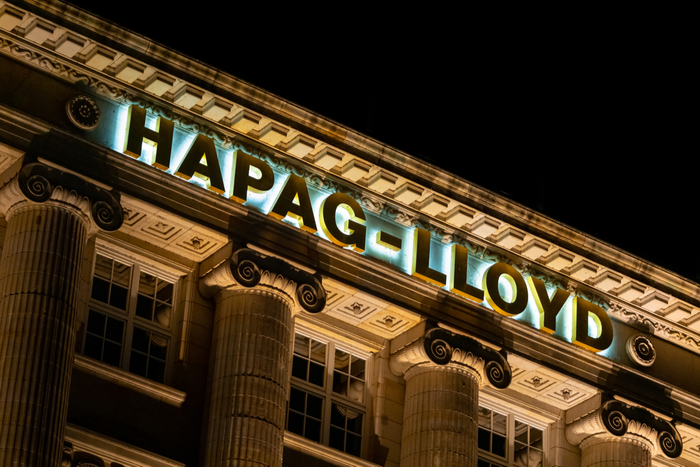 While the outlook for the balance of 2020 remains difficult to nail down, Hapag-Lloyd is starting to see “encouraging signs” of recovery in the container shipping market, CEO Rolf Habben Jansen said Wednesday.

The Hamburg-based executive said in a JOC Uncharted interview that volume was weak going into the second quarter as the coronavirus disease 2019 (COVID-19) crushed demand in key markets, but bookings had begun to recover.

“Now the big question is, what's going to happen in Q3 and Q4?” he said. “We are expecting a slow recovery into Q3 and a little bit more in Q4. I certainly see more encouraging signs today than four or six weeks ago, and I would not rule out that we get fairly close to 2019 volumes in 2021.”

Maersk saw the same encouraging signs earlier this month when it announced that healthier-than-expected container volumes had led to an upgrade in its second-quarter outlook. The Danish carrier now expects volumes in the second quarter to be down 15 to 18 percent year over year instead of the 20 to 25 percent decline forecast on May 13.

With such uncertainty around demand in Europe, which is slowly emerging from the coronavirus lockdowns, and the United States, where an increase in new infections is being reported, most analyst forecasts have volume declining this year.

IHS Markit, parent company of JOC.com, is predicting a 10.1 percent year-over-year drop in volume in 2020. In a June 15 episode of JOC Uncharted, Neil Glynn, European transport equity research at Credit Suisse, said container volume in the second half of the year would be down 10 percent compared with the same period of 2019, and Nilesh Tiwary, manager at Drewry Maritime Financial Research, is expecting volume for 2020 to fall 8 percent year over year.

To manage the steep drop in volume, carriers have been blanking significant numbers of sailings. Sea-Intelligence Maritime Consulting data show that carriers have announced 74 blank sailings from Asia to North America for April and May. Asia-Europe trades will cancel 75 sailings through September in a bid to match capacity with weak anticipated volume levels.

“We saw a significant drop in demand, which means you simply need fewer ships, and if a ship does not sail, you save roughly 60 percent of the cost associated with the sailing,” he said.

“So if you want to protect your P&L, and you know when there is no demand, you have to take out the cost because that's at least the piece that you control,” Habben Jansen added. “I don't know if everybody else comes to similar conclusions, but we just look at cost, to be honest. And if I can save 60 percent, that's a lot of money.”

The focus on cost, while disruptive for cargo owners with carriers having little room to accommodate any spike in volume, could prove to be a highly successful strategy for the carriers.

Tight industry-wide management of capacity has enabled carriers to not only prevent a rate slide, but to actually push rates higher — significantly, on some east-west trades. The Shanghai Containerized Freight Index (SCFI) this week shows Asia-US West Coast rates at $2,692 per FEU, up 94 percent year over year, while Asia-North Europe rates are 18 percent higher at $890 per TEU.

That strength in rates through the second quarter, despite a 15 to 20 percent decline in container volume, saw Sea-Intelligence revising its carrier profitability expectations for 2020. The analyst said if carriers could maintain the rate levels, the industry was on course for a $9 billion profit this year.