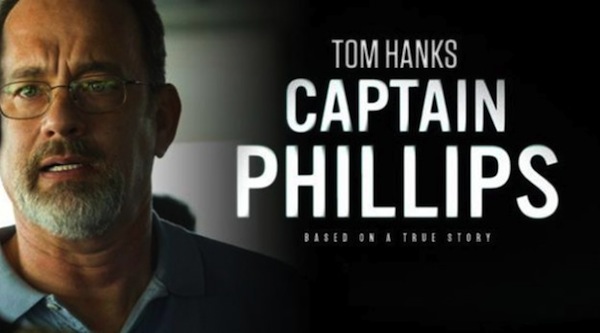 When “Captain Phillips,” Hollywood’s take on the April 2009 hijacking by Somali pirates on the Maersk Alabama, debuted on Oct. 11, it thrust the ocean shipping industry into the mainstream spotlight in a way no recent film has. But it’s certainly not the first film to do so, and it won’t be the last. Indeed, some of the most famous films in history have had transportation at their core or, at least, playing a significant role in the story line. They’ve also featured some of the most iconic actors and directors in Oscar-worthy performances. Spielberg? Check. Brando? Of course. Tom Hanks? Yep, twice. The following are 10 films featuring freight transportation. Despite our best efforts, we couldn’t find a way to include “Lincoln,” which has no transportation relevance other than Tommy Lee Jones’ Thaddeus Stevens shouting out “The Journal of Commerce!” as one of the newspapers covering a crucial congressional vote that would bring slavery to an end. So how did we do? Have a favorite we didn’t include? Let us know in the Comments section.

Tom Hanks joins a cast that includes four Somali “pirates” with no previous acting experience in this film “based on true events.” Shot at sea on the Maersk Alexandria, a sister ship of the Maersk Alabama, the film documents the hijacking, the holding of Capt. Richard Phillips as a hostage in a cramped, sweltering lifeboat and his dramatic rescue by Navy SEALS five days later. “Captain Phillips” is the most recent film to tackle Somali hijacking, reflecting how piracy has become a maritime industry issue to one that grabs international attention. “The Hijacking,” a Danish film released last year, split its depiction between standpoint of the crew and a Danish shipping executive negotiating with pirates from Copenhagen. The documentary “Stolen Seas,” released earlier this year, depicts the economic, political and cultural factors that have spurred Somali piracy. “Captain Phillips” is directed by Paul Greengrass, who helmed another critically acclaimed fact-based movie: “United 93,” based on the 9/11 hijacking of a United Airlines jet that crashed in a field in western Pennsylvania on its way to wreaking more terroristic damage on Washington, D.C.

“I coulda been a contender.” The line by dock walloper Terry Malloy, played by Marlon Brando, remains one of the best-known lines in movie history. “On the Waterfront” was produced from a Budd Schulberg screenplay inspired by investigations of corruption on the New York-New Jersey docks. Marlon Brando and Eva St. Marie won two of the movie’s eight Oscars. A lesser-known actor was Tom Hanley, the 13-year-old who hurled a dead bird at Malloy/Brando and cried, “A pigeon for a pigeon.” Hanley lived near the Hoboken docks, and was hired for the role after befriending a tippling location scout. The boy never pursued an acting career, but grew up to spend 52 years as a working longshoreman.

Tom Hanks’ second appearance on this list is for an acting tour de force — he was nominated for an Oscar as best actor, losing to Russell Crowe in “Gladiator.” Hanks plays Chuck Noland, a FedEx employee stranded on an uninhabited island after his plane crashes in the South Pacific. Much of the film features Hanks alone on screen — unless you include his beloved volleyball “Wilson” — in pure survival mode. He first gained, then lost, more than 50 pounds for the role. Little-known fact: FedEx CEO Fred Smith appears in a cameo, but you’ll have to train your eye to find him. A container ship also plays a prominent role in Cast Away’s climax. The film was the second to team Hanks with Director Robert Zemeckis, a partnership that earlier netted six Oscars — including best actor, best picture and best director — for “Forrest Gump,” and later in the original motion-capture film, the Christmas story “The Polar Express.”

The 1962 version of Mutiny on the Bounty — another movie on this list to star Marlin Brando — tells the true story of a mutiny aboard the British naval ship, the Bounty, in 1787. The captain, Lt. William Bligh (played by Trevor Howard), was overthrown by the master’s mate, Fletcher Christian (played by Brando), during their quest to collect plants from Tahiti. Alas, the Bounty existed in pre-reefer shipping days, and the crew revolted when they realized the captain cared more about the perishable cargo than their lives. Off-screen, the film became a real-life mutiny when Brando was accused of sabotaging director Lewis Milestone, leaving the over-budget, box office flop known as “Mutiny of the Brando.”

No movie list is complete without at least one superhero film. In this case, it’s Iron Man 3, with Robert Downey Jr.’s Tony Stark blowing up more things and in more ways than anyone this side of Batman has a right to. Although transportation plays a spot role in the overall story, it’s a doozy. If Iron Man 3 tells us anything, it’s that seaports make great sites for action scenes — with on-location shooting at the Port of Wilmington, N.C. Oh, and that poor Maersk container!

The 1977 action comedy starring Burt Reynolds and Sally Field on the surface is an action comedy about a mustachioed truck driver hauling beer over county lines. But others might see it as a clear reason for increased Federal Motor Carrier Safety Administration oversight and tighter hours-of-service rules. Reynolds, or the Bandit to his friends, doesn’t let restart rules slow him from delivering Coors beer to east Texas, even if the sheriff played by Jackie Gleason is in hot pursuit. Two sequels never captured the energy and playfulness of the original.

Armed with a script by Japanese film great Akira Kurosawa, director Andrei Konchalovsky transforms a story of two convicts on a runaway train into an emotional study of nihilism. Eric Roberts and Jon Voight, both nominated for Oscars, play escaped convicts from an Alaskan prison racing literally on an out-of-control train and figuratively toward a dead-end. The final scene — Voight atop the runaway train, arms outstretched in the midst of a winter storm — is one of the more memorable and striking celluloid images of the decade. Only a hard-bitten Russian director aided with a screenplay from the director of “Seven Samurai” could create a high-octane thriller so fatalistic and illuminating of the “beasts” in men.

What’s a recently released man convicted of vehicular manslaughter supposed to do when he’s stripped of his commercial driver’s license? If you’re Patrick Swayze in “Black Dog,” you illegally keep trucking, only to learn that your load is illegal guns. In the end, Swazye reunites with his beloved CDL after helping the FBI bust the smugglers. Country music legend Randy Travis plays Swayze’s riding buddy, and heartthrob Meat Loaf takes a turn as a nefarious trucking yard boss.

The early days of air express in Latin America — already vividly captured in Antoine de Saint-Exupéry’s novel “Night Flight” — were brought to life on-screen in Only Angels Have Wings. Cary Grant, fresh off his success in the superlative Gunga Din, plays the tough boss of a group of pilots who risk their lives challenging the Andes. Former silent star Richard Barthelmess had one of his last, and best, roles as a disgraced flyer — married to Rita Hayworth — looking for another chance and gaining redemption. The Howard Hawks-directed adventure film mingles comedy, tragedy and romance, with Jean Arthur on hand as Grant’s love interest.

Steven Spielberg’s feature-length directorial debut stars Dennis Weaver as businessman David Mann who is terrorized by a psychotic truck driver. That the trucker largely goes unseen throughout makes the truck itself the bigger star — and the source of the terror itself. In a bit of reverse engineering, “Duel” initially was released as a full-length made-for-TV movie. Only later did it get a theatrical release, serving as a springboard for a young Spielberg to go on to epics covering everything from a certain man-eating shark and a legendary extraterrestrial to World War II and slavery.

Permalink Submitted by robinhud1452@gm... on Oct 7, 2015 6:13AM EDT
Really informative article that you have shared with us. For a long time viewing films, and is one the most popular entertainment. They can be viewed as a rule, using various methods. Previously, it was possible to watch movies on TV, but it is now possible to watch films using computer devices. As it is known, it is not always possible to find a desired movie to download. Such a situation can emerge for various reasons. For example, one of the most common reasons is considered to be a requirement for payment of traffic for downloading from file sharing. But to date, this issue has been resolved, as many sites nowadays specialize in online films like letsmewatchthis.net. On these internet-resources you can find absolutely any movie in this view it will be possible for free. For many Internet users watch movies online for free is the best way to view the desired film.
Maritime News›International Freight Shipping
Air Cargo
International Logistics›Logistics Providers›FedEx
Rail & Intermodal
Trucking Logistics