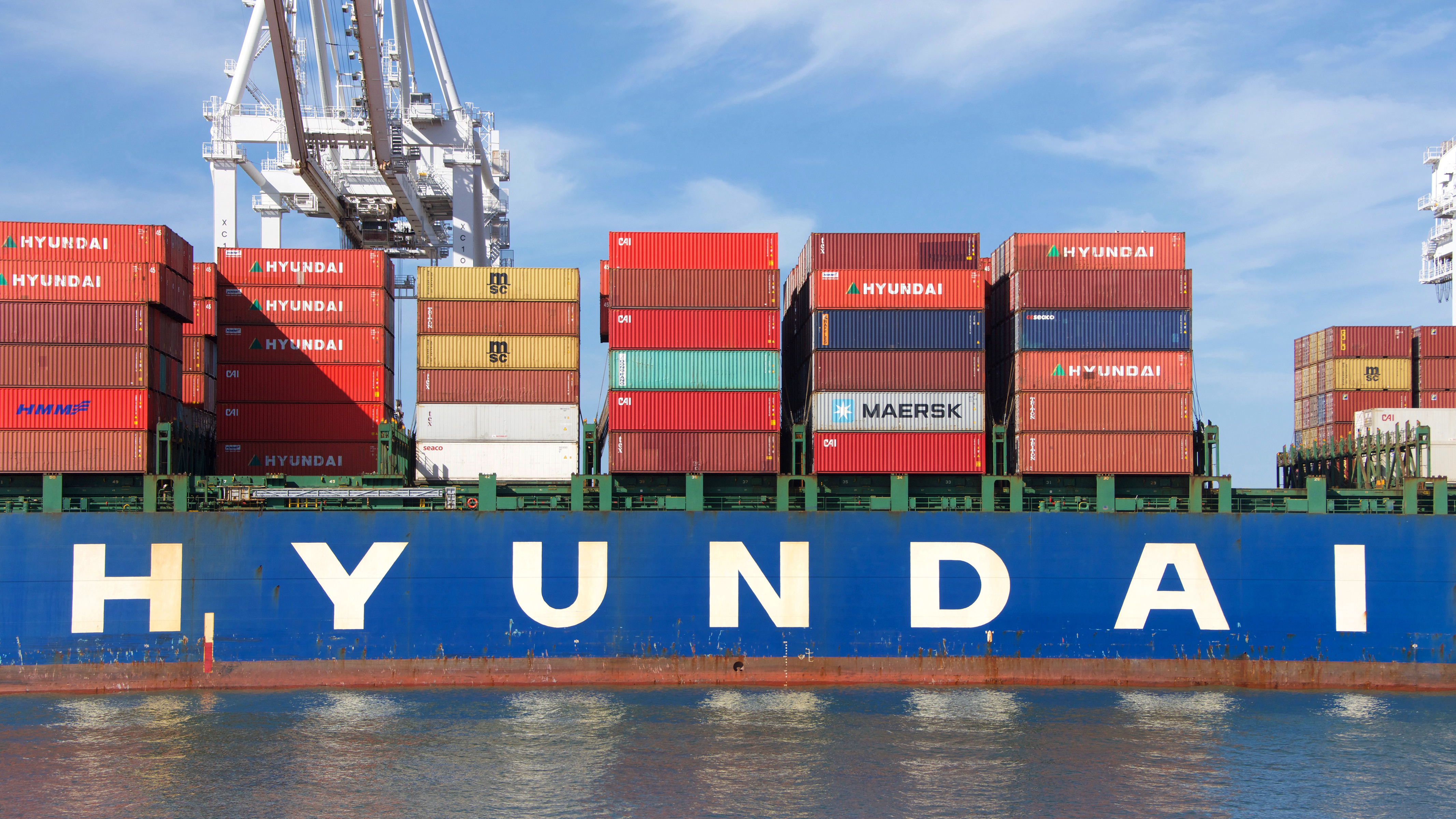 The changes come just a month after Bae took the reins of the carrier under increased pressure from the South Korean government and investors to stem losses. Photo credit: Shutterstock.com.

HMM is restructuring its services under new CEO Jae-hoon Bae, expanding its Russian partnership with FESCO and merging two east-west services into a Europe-Asia-US pendulum service.

Bae, who is on a European tour this week to meet the carrier’s customers and 2M Alliance partners, made the FESCO announcement in London. The change comes just a month after Bae took the reins of the carrier under increased pressure from the South Korean government and investors to stem losses.

Under the expanded cooperation, HMM will reorganize the current China-Korea-Russia service (CRN) jointly operated with FESCO and CMA CGM into two direct weekly services between Korea and Russia (KR2 and KRS).

HMM will deploy one vessel of 1,000 TEU on the KR2 that directly connects Busan and Vostochny, while FESCO will deploy one 1,200-TEU vessel on the KRS, a direct service between Busan and Vladivostok. The KR2 service will start on May 11, and KRS on May 14.

The CRN will be maintained but its port rotation will change to Qingdao, Shanghai, Ningbo, Vladivostok from May 14.

Alphaliner said the two services were currently operated by 17 ships of 4,700-5,400 TEU, with the AEX employing 11 ships and six vessels on the PN2. With the commonalities among Asian ports called on by the two services, Alphaliner said HMM would be able to operate with 15 ships, saving two vessels maximizing liftings in the Asian range.

While the geographical scope remains largely unchanged, the new service will no longer serve Hong Kong directly, calling at Yantian in both directions. It will also no longer offer a direct Kaohsiung-Europe westbound connection.

Alphaliner noted that HMM was planning an upgrade of the AEX service in May by replacing the 4,700-5,200 TEU ships with larger 6,350-6,750 TEU units but shelved the plans because of excess capacity on the Asia-North Europe trade.

HMM operates its AEX and PN2 services independently, in parallel with other services offered under the 2M Alliance+HMM with Maersk Line and Mediterranean Shipping Co. agreement.

Alphaliner said the AEX remains the smallest string on the Asia-North Europe trade, but HMM is planning to organize a new loop using 12 newbuildings of 23,000 TEU next year that will start as its current arrangement with the 2M partners on the trade expires in April 2020.

The HMM CEO’s European tour will include stops at Maersk’s Copenhagen headquarters and MSC’s Geneva office, the clearest sign yet that it plans to renew its vessel-sharing agreement with 2M. While an HMM spokesperson told JOC.com that the visit was a “courtesy call,” rather than a “deep and serious discussion” on its future with the 2M Alliance, a carrier statement said the purpose of Bae’s Denmark and Switzerland meetings would be to “consolidate the relationship with 2M.”

But with the 12 mega-ships coming online from next year, being able to improve utilization by adding the vessels to Maersk and MSC’s Asia-North Europe strings will be crucial as volume growth declines on the trade and fuel prices rise.

Freight rates remained under pressure on Asia-Europe during 2018, leading the carrier to its eighth-straight year of operating losses. Despite globally carrying 428,000 TEU more in 2018 than during the previous year, an increase of 10 percent, the carrier reported an operating loss of $451 million.