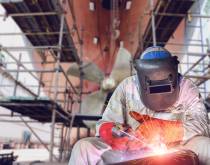 Zim boosting container capacity by half to meet demand
19 May 2021
In reporting a $590 million net income in the first quarter, Zim Integrated Shipping Services said it would expand its chartered fleet to handle what it expects will be 30 percent more volume in 2021 than in 2020.

Zim works to pay down debt as it considers IPO
29 Sep 2020
If Zim Integrated Shipping Services pursues an initial public offering, it would be the carrier’s fourth attempt since 2008. Weak financial performance and challenging industry conditions scuppered past attempts.

Zim swings to profit on higher rates, 2M pact
21 Aug 2019
Zim’s broadening partnership with the 2M Alliance helped the Israeli carrier record a profit in the second quarter of 2019 and an increase in freight rates for the quarter over the same period in 2018.

Zim taking slots of Prince Rupert string to serve US
29 Mar 2019
George Goldman, president of Zim USA, tells JOC.com the independent carrier will route the majority of its US cargo from Prince Rupert to Chicago, Memphis, and New Orleans.

Top 40 US import/export carriers: ONE’s woes dent Top 5’s share
10 Sep 2018
The Top 5’s losses were driven exclusively by shippers shunning the Ocean Network Express, and there was another shipper trend that provides an insight regarding how shippers responded to alliances.

Asia-US East Coast capacity trim via Zim-2M less than expected
29 Aug 2018
The reduction in capacity, less than anticipated, provides a slight amount of relief to shippers scrambling to find capacity this peak season.

Record 2017 volume leads Zim back to profitability
22 Mar 2018
It has been a good year for ZIM, which has returned to profit following a huge loss-making 2016.

Zim swings to profit on higher demand and rates
30 Aug 2017
Zim Integrated Shipping Services swung to a slim profit in the second quarter from a hefty loss a year ago.