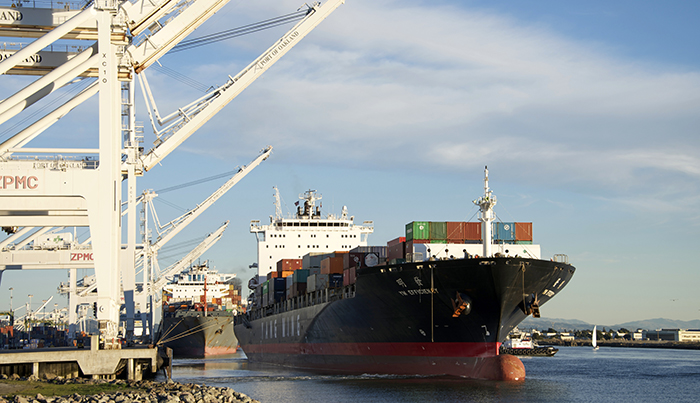 The capitalization program led to a larger stake in Yang Ming for the Taiwanese goverment. Photo credit: Shutterstock

Yang Ming Line has raised $200 million after floating shares on the Taiwanese stock exchange, adding to the positive momentum from breaking 10 straight quarters of losses and allaying concerns over its debt load.

The cash infusion surpassed the company’s initial goal of raising $165 million. Yang Ming has $751 million in short-term loans due over the next 12 months, according to industry analyst Alphaliner.

The capitalization program increased the government’s stake in the carrier nearly 5 percentage points to 38.2 percent from 33.3 percent, the company said.

It is Yang Ming’s second push to raise capital this year after raising $54 million through a share offering in February.

The carrier swung to a $42 million profit on higher freight rates and an 11 percent year-over-year bump in volume in the third quarter as revenue jumped 23 percent to $1.2 billion.

Yang Ming’s future was the subject of industry speculation after its losses doubled in 2016 to $493.6 million, and trading in the company’s stock was suspended briefly less than a month later. Yang Ming was quick to explain that the share suspension was a routine part of its recapitalization process.

Yang Ming is a member of THE Alliance along with Hapag-Lloyd, MOL, NYK Line, and “K” Line. THE Alliance, seeking to shore up shipper trust following the Hanjin Shipping bankruptcy, is unique among international vessel-sharing agreements in that its members have set up an emergency fund to ensure that ships are worked and cargo is delivered should a member slip into insolvency.

The carrier was recently the subject of speculation that it would order mega-ships, as THE Alliance operates the lowest numbers of mega-ships out of the three alliances, according to IHS Markit data.

However, the CEOs of Hapag-Lloyd and Ocean Network Express have told JOC.com that mega-ship orders were not currently in their plans, which could ease the pressure on Yang Ming to increase its ship size.