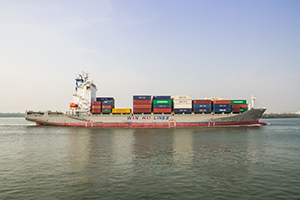 Wan Hai Lines is a container carrier with a network that covers areas in Asia, the United States, South America, Africa, Europe, and the Middle East. Established in 1965 with headquarters in Taipei, Taiwan, the shipping company has a fleet of 72 vessels with a total capacity of 178,445 TEUs. Almost 87 percent of Wan Hai’s services are focused on routes in Asia, where container volumes and freight rates are more stable than in the volatile east-west trades. This has enabled the carrier to regularly remain in the black while its larger Taiwan rivals suffer losses.

Parcel vs. LTL: Managing Big and Bulky Shipments Without Breaking the Bank
Global Shipping Outlook: What Will 2022 Hold?
Port Performance North America: When Will the Bottlenecks Ease?
END_OF_DOCUMENT_TOKEN_TO_BE_REPLACED 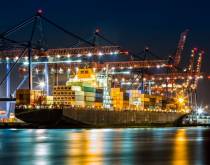 03 Dec 2021
The sky-high ocean freight rates into the US East Coast have beckoned an increasing number of ‘tramp’ ships trying to secure berth space for container discharge at the NY-NJ port.
MORE »
Wide gap in profitability between best and worst-performing ocean carriers
03 Sep 2014
Ocean carriers’ operating margins in the first half of the year veered widely from top-ranked Maersk Line’s positive 7.3 percent to a negative 7.8 percent at Chile’s CSAV, according to industry analyst Alphaliner.

Gypsy moths force quarantine of container ships off LA-Long Beach
22 Aug 2014
At least two ships have been quarantined and all others coming from Asia to the United States will be heavily scrutinized as officials attempt to block an invasive species from making landfall in the U.S.

Wan Hai’s Focus on Asia Keeps Line Ahead of Taiwan Rivals
16 May 2014
Intra-Asia specialist Wan Hai Lines posted a modest $21.8 million profit in the first quarter as the carrier leveraged its network to remain the leading light among Taiwan’s top three shipping companies.

Asia's Growth Comes From Within
25 Jan 2013
That Wan Hai Lines attributed its third quarter profit turnaround to its decision to shift resources from the destitute Asia-Europe market to growing intra-Asia trades is testament to the strong fundamentals underpinning Asia’s regional trade.