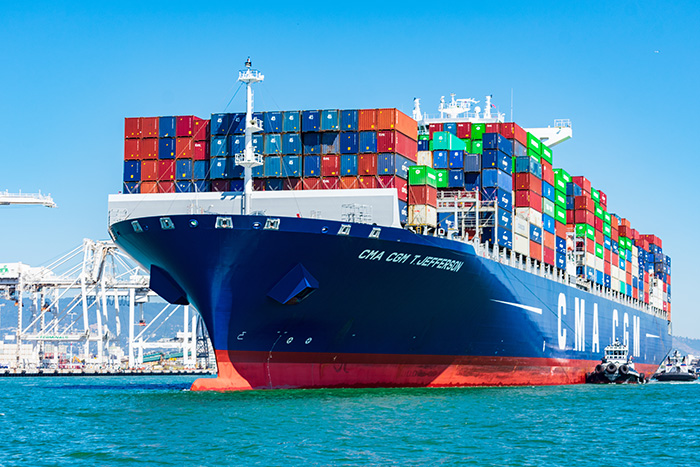 US retailers are upping their forecast for imports in the coming months, suggesting that shippers who are already struggling to secure vessel capacity in Asia will find it even more difficult, and ports on the US West and East coasts could face increasing congestion leading into the summer-fall peak shipping season.

Global Port Tracker, which is published monthly by the National Retail Federation and Hackett Associates, said that due to especially strong retail sales, it is pushing up its forecast for US imports in June through August from the projections it made only one month ago. Hackett Associates, for example, nearly doubled its outlook for how imports in July will compare to the same period a year ago.

“This is turning out to be a year of super growth that will act as the driver of the global economy,” said Ben Hackett, founder of Hackett Associates.

In February, the US inventory-to-sales ratio was 1.23, up from 1.19 in January, which was the lowest reading since 1992, according to the US Census Bureau. This shows retailers are gradually rebuilding their inventories to prepare for increasing sales this year, although the inventory-to-sales ratio is still at a near-record low, which means retailers must continue to rebuild inventories to prepare for the back-to-school and holiday shopping seasons this fall.

US imports in March were the second-highest monthly volume ever after last October 2020, according to PIERS, a JOC.com sister product within IHS Markit. This is somewhat startling because March is normally one of the slower months of the year as factories in Asia that had closed the month before for the annual Lunar New Year holidays are gradually returning to full production.

Global Port Tracker’s monthly projections for April through August should be taken by retailers and ports as a warning that the unprecedented import volumes in the second half of 2020 were not a fluke due to the US recovery from the COVID-19 pandemic, but rather those numbers set a new cargo volume baseline that will increase this year due to growing consumer spending, especially online.

“More spending translates into more merchandise arriving at our ports as retailers continue to meet increasing demand. The cargo surge that began last fall doesn’t show any sign of stopping,” said Jonathan Gold, NRF’s vice president for supply chain and customs policy. Import gateways such as Los Angeles-Long Beach, New York-New Jersey, and Savannah have contended with congestion issues, and in recent months rail hubs in the US interior have experienced equipment shortages and congestion.

Perhaps the most significant revision, however, was for August. Global Port Tracker now expects August imports to rise 6 percent year over year compared with a previous estimate of a 1.2 percent decline.

August was the second-busiest month of 2020 for US imports after October, according to PIERS, which means the projected growth this year will be on top of volumes that caused congestion issues at major gateways, particularly Los Angeles and Long Beach, last year.

NRF’s earlier projection of a decline in August was read by some retailers and ports to mean that the robust import volumes in the second half of 2020 could not be sustained into this year’s second half, but those readings appear now to have been too conservative.

Global Port Tracker said the ongoing high cargo volumes reflect the recovering US economy. “Gross domestic product grew at an annual rate of 6.4 percent in the first quarter, and some economists are predicting 13 percent in the second quarter. Growth that fast is a clear indication that US economic output has almost recovered to its level before the pandemic struck,” Hackett said.

How to Improve OTIF: 15 Tips for On Time and In Full Delivery
END_OF_DOCUMENT_TOKEN_TO_BE_REPLACED