US exporters’ scramble for containers a warning to importers

US exporters’ scramble for containers a warning to importers 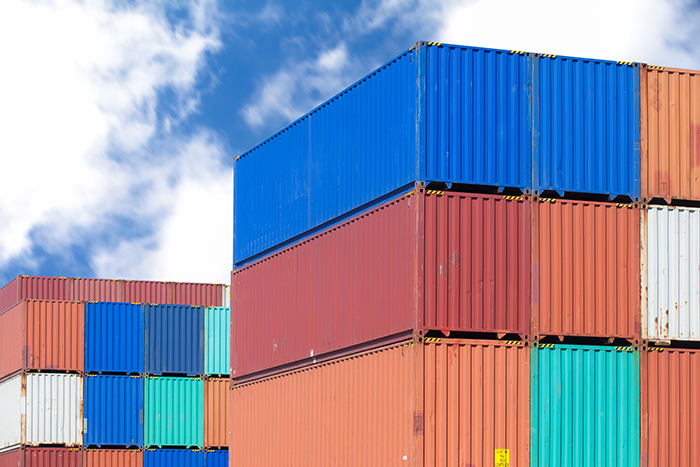 US exporters are having a harder time than usual securing containers, another warning for importers that a short-term global container shortage may be ahead.

Although Asian importers in the United States haven’t reported any trouble finding boxes to date, there are signs they soon could. Already container lessors and container lines are predicting a short-lived — but global — container shortage this spring, spurred by the collapse of Hanjin Shipping, a bumper US harvest, increased production of resins along the Gulf Coast, strains on Chinese manufacturing output, and higher-than-usual sailing cancellations during the Lunar New Year.

Some exporters have told JOC.com that carriers, operating on thin margins, are refusing to absorb the costs of repositioning equipment farther inland. Although carriers do not bear the brunt of total repositioning costs, they are looking across the board to reduce any surface transport costs, from rail to drayage, after deep losses in 2016. Last year’s financial results are not yet in, but 12 of the top 25 container lines lost $13 billion through the third quarter, according to analyst Dynamar.

Difficulties in getting export containers is hardly new, but tightening capacity in markets where there are fewer inbound containers, such as Kansas City, as well as markets traditionally flush with equipment, such as Chicago, has alarmed US exporters.

“There is a seasonal exacerbation every year around Chinese New Year as the flow slows, it seems to have worsened this year,” a major US dairy exporter told JOC.com. The exporter noted that carriers have been signaling repositioning costs are rising.

A major US meat exporter also told JOC.com that it was surprised at how high container lines were quoting for repositioning of containers for export from the Midwest out of the East Coast. One container line even threatened to give containers to a competitor of the exporter if repositioning costs were rejected, said a shipper who asked not to be identified.“In 20 years I have never had the type of conversations [about equipment repositioning] I am having now,” the shipper said.

Mallory Alexander International Logistics told JOC.com that it now can't find any available ocean containers in one of its key markets.

“Right now, Hyundai [Merchant Marine] is entirely out of equipment in Dallas, so we’re having to rebook the many, many bookings we were loading,” Neely Mallory Jr., chairman of the third-party logistics provider, told JOC.com. “And equipment isn’t tight just with Hyundai. It’s various carriers. It seems each week it’s different carriers.”

The dairy shipper said container availability is now at the lowest point he’s witnessed in some time, specifically citing figures in the Ocean Shipping Container Availability Report (OSCAR), a US Department of Agriculture weekly report on the current and future availability of containers at 18 different intermodal locations for the westbound trans-Pacific trade lanes.

The OSCAR report compiles data provided by five of the world’s major ocean carriers, including Cosco Container Lines, Evergreen Line, Yang Ming Line, Orient Overseas Container Line, and MOL. It should be noted MOL was only added to the OSCAR report six weeks ago. Although it has impacted some of the forecasting and reporting, it should have no impact on the reporting in the last six weeks ending in the latest report.

According to the latest report, which is for the week of Feb. 22, the five carriers’ total supply of 20-foot dry containers in the Chicago market has been nearly halved, down from 940 six weeks prior to 452 the week of Feb. 22. Additionally, 40-foot units were down from 1,220 to 1,094 during the same period.

Although tighter capacity is to be expected in the weeks after Lunar New Year, the report’s forecasts have been off, according to revisions of older figures. This suggests the market has become more unpredictable in recent weeks. The weekly Chicago container forecast for the week of Feb. 22 was off by as many 487 twenty-footers and 477 forty-footers when they were first printed on Feb. 8.

“It’s a mixed bag from location to location, really, and it is definitely fluctuating from day to day depending upon carriers and inbound at various locations,” said Bruce Abbe, executive director of the Midwest Shippers Association, a group that represents exporters in the Dakotas, Minnesota, Wisconsin, and Iowa.

Abbe told JOC.com it is now just as difficult to pin down container availability in a particular market as it is to pin down a single reason for container shortages and disparate reports and forecasts.

The collapse of Hanjin is still rippling through containerized supply chains, with as many as 200,000 containers leased by Hanjin still not yet recovered. A federal judge last week gave the go-ahead to Maher Terminals at the Port of New York and New Jersey and the Georgia Ports Authority to sell or otherwise dispose of hundreds of Hanjin containers to help pay off the carrier’s debts to each terminal. But that’s still just a fraction of the Hanjin containers in limbo, failing to dampen concerns that inventories may fall as lessors place a hold on new container orders until their outstanding boxes are back in circulation, creating a shortage that could worsen if demand for containerized transport out of Asia rises.

Rising resin production competing with a bumper agricultural harvest for outbound space could also explain tightening capacity, said Mallory. Because resin cargo has a higher value, resin shippers could be outbidding agriculture exporters in the states.

“We think that as the resin markets have grown — and we’re not in the resin market — equipment has become tighter. It used to be a 20-foot only market, now 20- and 40-foots are being used out of the East and Gulf coasts. We think they’re using containers that were used for ag products that we shipped,” Mallory told JOC.com.

Abbe agreed with Mallory that he could certainly see resins playing a part, but also suggested there’s a possibility that container availability might not be as limited as some exporters believe.

“Some exporters advise they sense the steamship lines are tightening things a bit space-wise, maybe even sitting on some elevated levels of equipment at some locations, to support higher GRIs they are pursuing in the coming month and during contract renegotiation period,” Abbe said.

Abbe, among others, has said the phase-in of the new ocean carrier alliances on April 1 will be a factor to watch as a container shortage would exacerbate potential disruption caused by new vessel-sharing agreements.

“Where you have ships coming out of one alliance and cascading out into a different alliance, what often results is a disruption in the normal flow of how you evacuate your empty containers and get them from a surplus location to a proper deficit location. That is probably the bigger risk,” former US HMM CEO and now consultant Dave Arsenault said at the Georgia Foreign Trade Conference at Sea Island earlier this month.

“We’re warning about April 1,” said Abbe. “Be prepared for potential problems, delays, congestion from the new alliance structures going operational with wholesale changes coming at the terminals — not only here, but overseas as well. Supply chains likely to be affected. Hopefully, the carriers and terminals, and ports have collaborated on this in planning so that it’s not another ‘Y2K’ situation. We’ll see.”