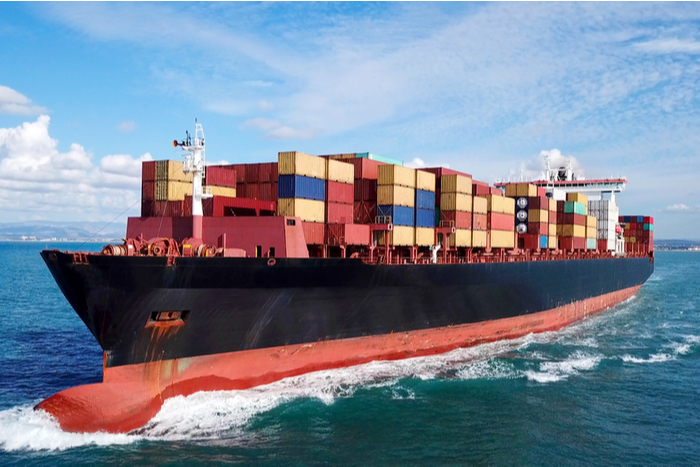 NVOs expect vessels they say have been booked to 110 percent of capacity will be back in the mid-90 percent range within a couple of weeks, and the cargo rolling will stop. Photo credit: Shutterstock.com.

A growing volume of North American imports due to leave central and southern China over the past two weeks has been rolled to later sailings after a sudden surge in imports collided with the sharp COVID-19-related reduction in trans-Pacific capacity, four forwarders and a liner executive told JOC.com.

Non-vessel operating common carriers (NVOs) expect the cargo rolling will stop within a couple of weeks, when vessels that they say have been booked to 110 percent of capacity will be back in the mid-90 percent range.

Outbound ocean slot space to North America is getting tighter amid a surge in Asia imports and reduced capacity, which has been cut by 17.3 percent through scores of blank sailings, forwarders and NVOs told JOC.com. They say retailers are engaged in a modicum of import restocking as some US states and Canadian provinces begin to ease shelter-in-place restrictions.

A carrier executive told JOC.com Monday that several trade lanes from China, including the eastbound trans-Pacific, are indeed overbooked. But he described the situation in the trans-Pacific as a return to “normal cargo volumes” for this time of year rather than an atypical surge in volume.

NVOs report the “roll pools” in some Chinese ports, especially Shanghai, are as large as 1,000 TEU. The fact that NVOs have allocation commitments from carriers in their contracts has not prevented the lines from rolling containers, said David Bennett, president of the Americas at Globe Express Services.

“I’ve got allocations, but I can’t get some of my containers on a vessel,” Bennett told JOC.com Monday. “There’s no reason to have an allocation in your contract if you can’t get on a ship.”

In past years when space was tight due to blank sailings, carriers sometimes offered to load containers onto vessels if customers agreed to pay hundreds of dollars of surcharges. NVOs say that is not the case this year. Rather, they see the trade as going through a temporary period of rising cargo volumes while pre-planned blank sailings are at their peak.

Volatility in eastbound trans-Pacific to continue

US imports from Asia were weak in the past two months. Imports declined 1.7 percent in April after falling 17.4 percent in March, according to PIERS, a JOC.com sister company within IHS Markit. NVOs expect these sudden swings in cargo volume in the Asia-North America trade will continue in the coming months.

Kevin Krause, vice president of ocean services at SEKO Logistics, compared conditions to an EKG, with the trend line moving up and down rapidly but in small increments. “Suddenly, we’ve seen a spike. It was blank sailings plus pent-up demand that didn’t move earlier,” he said. “We’ve been told by the lines the backlog of rolls will dissipate.”

NVOs said the eastbound trans-Pacific is experiencing a seasonal uptick in volume, but they attribute the large roll pools at Asian ports primarily to an unusual number of canceled sailings.

In the Sunday Spotlight newsletter this week, Alan Murphy, CEO of Sea-Intelligence Maritime Consulting, said blank sailings, which peaked over the past two weeks, are “historically high,” but will trend lower in the coming month. In a previous Sunday Spotlight, Sea-Intel said carriers from early April into late June planned to blank 80 sailings to the West Coast and 43 to the East Coast.

However, it appears that carriers do not plan to blank sailings in Q3, which is usually the busiest period in the eastbound trans-Pacific, with vessels filled with holiday season merchandise. “Whilst we are currently in the midst of the largest amount of blank sailings on record, analysis of the deployed capacity outlook ... shows that no blank sailings beyond Q2 are on the books,” Murphy said.

NVOs nevertheless say that by blanking so many sailings carriers created a deficit in capacity in the eastbound trans-Pacific. “They’re accepting over-booking so they can fill ships,” said Jon Monroe, a consultant to NVOs.

Monroe added, though, that the impact on individual beneficial cargo owners (BCOs) and NVOs varies depending on their relationship with their carriers and with forwarders in overseas ports.

An NVO who is a retired liner executive said the overbooking in Asia is also due in part to the complexity of vessel planning that all carriers are dealing with as states gradually re-open their businesses and consumers transition from stay-at-home mandates due to COVID-19.

“Trying to judge capacity and demand in real time is always a challenge,” he said.

Supply and demand projections for the third quarter are still murky, although the carrier executive told JOC.com that, “Carriers feel Q3 and Q4 will be pretty good.”

Sea-Intel said the fact that no blank sailings are on the books beyond Q2 indicates carriers anticipate a period of stability this summer. However, judging by their success in preventing a plunge in spot rates the past two months through blank sailings, it must be assumed they will resort to more canceled sailings in Q3 if need be.

The spot rate from Asia to the West Coast last week was $1,646 per FEU, and the East Coast rate was $2,542 per FEU, according to the Shanghai Containerized Freight Index, which is published under the JOC Logistics & Pricing Hub. Bennett noted that the current spot rates are certainly much better for carriers than they were at the end of the 2008-09 economic recession, when the West Coast rate plummeted to less than $900 per FEU and the East Coast rate to about $1,900 per FEU.

Bennett emphasized that none of his clients seek a return to the panic pricing in the eastbound trans-Pacific that existed during the recession, but neither do they feel they should be subjected to continued blank sailings simply because carriers want to prop up spot rates. “There is no need to roll,” he said.