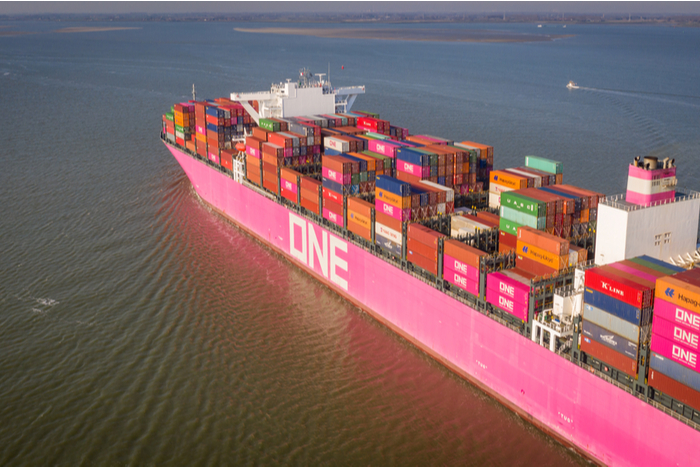 Container lines are more adept to flexing capacity due to their larger size since the last financial crisis, according to ONE

A mid-May uptick in manufacturing in China, seasonal demand for summer products, and a need to replenish inventories are contributing to potential optimism for container lines serving Asia exports markets, according to Jeremy Nixon, CEO of Ocean Network Express (ONE).

The need for replenishment isn’t evident in “all demand sectors and industry verticals,” but there is noticeable movement in food, household goods, machinery, and commodities, Nixon told JOC Uncharted Wednesday. That’s giving carriers, which this week announced a raft of additional blank sailings for the third quarter, hope that freight levels can recover in June.

“It’s tough to say we’ll see ‘100,’ with 100 being the gauge,” of so-called normal conditions, he said. “We may reach 100 in some weeks, but structurally, we may be below 100 for the rest of the year. And we will have to be careful and manage costs very well to manage the supply-demand picture.”

Asia export volume was down 25 percent across the container shipping industry in April, Nixon said, adding that while “June is looking a bit more encouraging now, it’s looking about 20 percent down. Then maybe July could be more optimistic. It’s very early days; it’s changing day by day.”

Asia import volumes are more robust than exports, Nixon said, contributing to a narrowing of the balance of trade between Asia and North America and Europe. Asia import volumes fell 1.7 percent year over year in April after tumbling 17.4 percent in March, according to data from PIERS, a sister product of JOC.com within IHS Markit. From January through April, total Asia import volume is down 7.3 percent compared with the same four-month period a year ago.

Global Port Tracker, which is published monthly by the National Retail Federation (NRF) and Hackett Associates, in its May edition forecast year-over-year double-digit declines in import volumes through the summer, including a 9.3 percent decline in September.

Casting his mind back to the way carriers navigated the 2008-09 economic downturn, Nixon, who led NYK Line at the time (before its container business was rolled into ONE) said container lines are better positioned to manage capacity thanks to their size and the scale of the vessel-sharing alliances in which they operate. Rodolphe Saadé, CEO of CMA CGM, made a similar point earlier this month during a JOC Uncharted interview.

“I think back to 2010, in my previous legacy carrier, we were running two to three sailings a week to North Europe,” Nixon said. “If you had to cut a sailing, that’s suddenly 33 percent of your capacity. With the setup now, we have eight sailings to Europe a week, 16 sailings to North America a week, we can flex up and flex down in increments like a gear change on a bike.”

The key challenge in deploying capacity to meet demand, he said, is the dependability of forecast information from ONE’s shipper and forwarder customers at a time when demand is uncertain due to the COVID-19 pandemic.

“If we only use forecast information four to five weeks out, we’d have some bumps in the road. But we’re using some simulation work and we’re trying to adjust some of these forecasts to make them more accurate,” Nixon said.

ONE and other ocean carriers and terminal operators have reported a troublesome increase in booking cancellations and container no-shows at overseas ports in recent weeks, but Nixon said that trend has begun to ease. Canceling bookings, and the failure of beneficial cargo owners (BCOs) to notify carriers that they will not fulfill a booking order, prevent carriers from optimizing vessel capacity and can result in other shippers from being unnecessarily shut out of voyages.

“In the last week, we’re seeing the fall-down ratios diminishing, which is a good sign,” he said. “That means those ghost bookings are coming through now.”