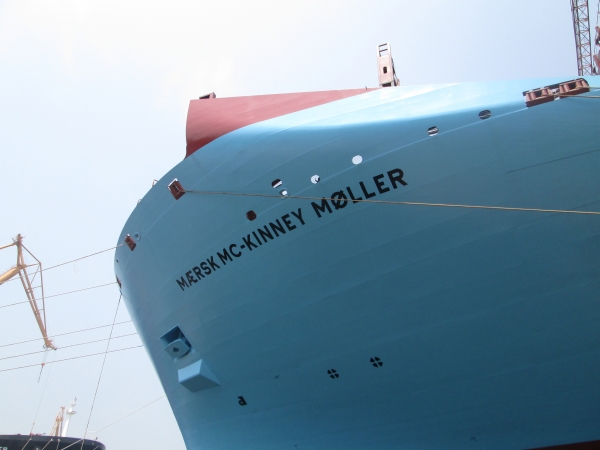 When shippers look ahead to 2014, they see a repeat performance of this year, but with even more volatility. The capacity that will come with the multitude of big container ships due for delivery next year will outstrip any increases in global demand for vessel space, so carriers won’t be able to sustain the freight rate increases they will seek.

“I don’t think rates will go up significantly in 2014,” said Richard Smith, vice president of transportation at Sears Holdings. He said it would be difficult for carriers to nail down rate increases in their negotiations for new trans-Pacific contracts next year.

As a result, most of the top 20 carriers will continue to lose money. The name of the game for them will be survival as they struggle to cut costs further and stay in the game until that day when the global economy recovers enough to fuel more demand.

But that halcyon day isn’t yet visible. “I don’t see any light at the end of the tunnel,” said Bob Sappio, president and CEO of Rickmers Group in the Americas and a former executive at APL, the seventh-largest container shipping company by fleet capacity.

New container ship deliveries are expected to reach a record high in 2014, with the vessels due for delivery adding new capacity of 1.6 million 20-foot-equivalent units to the existing glut. This will boost total fleet capacity by 7.6 percent after adjusting for expected delivery delays and scrapping of older ships, according to research analyst Alphaliner.

Slow-steaming this year has absorbed 7.4 percent of the fleet capacity, but not enough to absorb the excess capacity hanging over the market, which Alphaliner estimates at 810,000 TEUs, or 5 percent of the total fleet. Carriers added 8 percent to trans-Pacific capacity in 2013, while capacity in the weaker Asia-Europe trade has declined 2 percent. Carriers will continue to cascade excess capacity from Asia-Europe into the trans-Pacific in 2014, according to Alphaliner.

Four carriers each will receive more than 100,000 TEUs of new capacity next year. Evergreen Line, which has a massive shipbuilding program under way to replace older vessels, will take delivery of 18 new ships with a total capacity of 195,000 TEUs; Maersk will get deliveries totaling 164,000 TEUs; China Shipping, 107,000 TEUs; and Hamburg Sud, 103,000 TEUs.

“There is so much tonnage coming into the orderbook between now and 2015 while trade growth remains muted that freight rates will remain under pressure,” said Neil Dekker, head of container research at research analyst Drewry. Shippers won’t face any shortage of capacity next year, but they will see more skipped sailings as carriers struggle to manage the surplus capacity. Carriers will have some success in managing capacity in the east-west trades, where Dekker expects rates to increase 3 percent.

But they will have to avoid the kind of price wars they have waged in the north-south trades where they have cascaded excess tonnage. “In the Asia-to-east coast South America trade, too much space has gone in in too short a time, and the rates are down to rock bottom,” Dekker said. Drewry forecasts a 2 percent increase in freight rates in the north-south trades next year.

Global demand for containerized cargo is expected to increase about 4.2 percent, according to Alphaliner, far from enough to take up the additional capacity. U.S. containerized imports will rise 6 percent next year, a significant increase from the 3.5 percent growth it experienced in 2013, as the outlook for jobs improves next year, according to JOC Economist Mario Moreno. He expects U.S. GDP to grow 2.5 percent in 2014, up from an estimated 1.6 percent this year. “Imports look good next year, but it’s not enough to absorb the extra capacity out there,” he said.

U.S. exports will grow 2 percent in 2014, compared with 1.9 percent in 2013. “The growth in exports is slower than the growth in imports because the global economy is still in very low gear,” Moreno said. He said there are downside risks to exports if the Federal Reserve decides to scale back its quantitative easing, which would impact emerging economies in Asia. “That would create an outflow of money from emerging markets to the U.S., which would be able to pay higher interest rates, and this would discourage imports of U.S. goods,” he said.

Freight rates could be even more volatile than in 2013 because competition will heat up when the P3 Network among Maersk Line, Mediterranean Shipping Co. and CMA CGM launches in May, assuming it is approved by antitrust authorities in China, Europe and the U.S. The carriers, the world’s three largest by fleet capacity, will deploy 255 ships on the planned P3 routes, down from 346 vessels they currently operate, yet there will be no reduction in capacity. The average size of the ships will be larger and operating costs consequently lower. When the alliance does launch, it may initially even increase capacity on the trans-Pacific and Asia-Europe trade lanes.

“It may drive rates down because of that,” Smith said.

The launch of the P3 services will be good for the container industry, Dekker said, because it means the three largest carriers will deploy fewer services with larger ships in the east-west trades. But the improved product offered by the P3 will enhance competition. “The other lines have to look toward forming more operational alliances, not necessarily like the P3 or the G6, but alliances where they can deploy their big ships and realize cost savings,” Dekker said.

Lars Jensen, CEO of Copenhagen-based SeaIntel Maritime Analysis, agrees. “P3 will have a better product than anyone else, because they cover more port pairs and they will be able to produce it at a lower cost,” he said. “The way I see it is that everybody else will have to do something. Leaning back and doing nothing is not an option.”

Existing alliance structures, including the CKYH and G6, won’t be effective in competing with the P3, so they are likely to expand with the addition of more carriers. “All members in both alliances are searching high and low for a solution that will allow them to maintain the existing alliance structures and compete with the P3 by associating with other carriers,” Jensen said.

The first response from rival carriers came last week when the G6 Alliance — APL, Hapag-Lloyd, Hyundai Merchant Marine, MOL, NYK Line and OOCL — announced plans to expand into the trans-Atlantic and Asia-U.S. West Coast trades to compete with the P3. The G6 currently operates in the Asia-Europe and Asia-U.S. East Coast markets. The expansion, which is subject to regulatory approval, would come in the second quarter of 2014, coinciding with the proposed launch of the P3.

Other carriers that aren’t members of existing alliances are trying to figure out how to respond to the P3 threat. Evergreen Line, which has already taken delivery of the first of 10 13,000-TEU ships, already cooperates closely with the CKYH Alliance and is in discussions with it about stepping up cooperation. “It makes sense for Evergreen to firm up its position by forming an alliance where they can leverage slot-charter deals, realign their ships in bigger service profiles and offer their customers more port pairs,” Dekker said.

United Arab Shipping and China Shipping, which cooperate in a vessel-sharing alliance and slow-charter swaps in the trans-Pacific, and have a lot of capacity coming down the ramps, also could combine with the CKYH or G6 alliance. Both carriers have five 18,000-TEU ships on order, which will make up a single string in the Asia-Europe trade, and UASC has ordered another five 14,000-TEU ships, so the two carriers are becoming heavyweights that could form their own alliance or join in with one of the other two major existing alliances.

“There are too many different interests in terminals, where their customer bases are and different philosophies on how to operate a network,” Jensen said.

If it takes a year to mesh the service networks together, those carriers that have the biggest new ships already delivered or on order by 2015 could leave the CKYH or G6 alliances and combine in a new grouping. “It will be getting crunch time for them,” Jensen said, “so what if they scrap the two existing alliances and take the carriers with the largest tonnage and largest orderbooks and make a new alliance,” Jensen said. “Then you might have carriers like China Shipping, Cosco, UASC, Hanjin, Yang Ming, APL and Evergreen in there. Then you might have a new alliance of no more than six members that could conceivably put together a network rivaling the P3.”

That’s speculation, of course, but whatever P3 and its competitors decide to do next year, shippers are likely to benefit from a competitive environment, but one with ever-changing service networks. It also could spell the eventual withdrawal of some carriers from the main east-west trades.

“The carriers with big ships that get into an alliance that can compete with the P3 are still in the long-term game for the east-west trades,” Jensen said, “but the carriers that don’t make it on board the second alliance are not viable for the main east-west trades in the long term and might have to become niche carriers in the north-south or intraregional trades.”