Privately owned Mediterranean Shipping Co. (MSC), the world’s second-largest shipping line, was founded in 1970. MSC currently operates more than 500 vessels, annually carrying some 20 million TEUs of cargo on some 200 routes to about 500 ports of call. It employs nearly 50,000 people in nearly 500 offices worldwide. 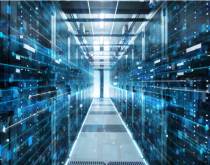 13 Apr 2020
The world's second biggest container line was slowing resolving a four-day server outage at its Geneva headquarters, a disruption that has affected online processes but not the flow of its customers cargo.
MORE »

MSC pact with Traxens to boost ‘smart’ container fleet
15 Oct 2018
The Geneva-based carrier said it will roll out the “smart” containers in the coming months, enabling users to follow the movement of containers in real time through the Internet of Things.

2M’s Asia-Europe capacity slash serves warning of slowing trade
05 Sep 2018
The capacity cutback is another data point that provides pause for thought regarding the argument that a second-half demand/capacity balance would support a recent upswing in container shipping rates.

Trans-Atlantic carriers cut services as US-EU trade growth slows
27 Jul 2018
Although trade tensions between the United States and the European Union and their impact have been muted so far in 2018, trade stakeholders know that could change dramatically and quickly.

Container lines end Iran services ahead of US sanctions
09 Jul 2018
Ocean carriers want to avoid being caught up in secondary sanctions that will be imposed by the United States on companies dealing with Iran.

2M Alliance hits market with bunker surcharges as fuel prices climb
25 May 2018
With such a sharp increase in bunker fuel prices that dragged carriers into a loss-making first quarter, it is no surprise that Maersk and Mediterranean Shipping Co. will levy an emergency bunker surcharge from June 1.

MSC speeds up transits on growing Med-US East Coast trade
29 Jan 2018
A new schedule outlined by Mediterranean Shipping Co. will substantially cut the time needed to send cargo from Europe to the US East Coast.

Maersk: No plan to follow MSC with mega-ship orders
07 Nov 2017
The move by MSC and CMA CGM to order 20 new 22,000 TEU ships between them will not be followed by Maersk Line that says it has enough capacity "for now."

VIDEO: MSC's Ruggiero on Uncertainty, Customer Concerns
29 Sep 2017
Sponsored: MSC's Dimitri Ruggiero, vice president of global accounts, on the top concerns of Mediterranean Shipping Company's customers following 2016-2017 market turmoil including the "Hanjin effect." He discusses the importance of a balance of business stability and diversity, and speculation on larger-ship orders.

DP World attracts another MSC service to JNPT
26 Sep 2017
MSC, which has been steadily upsizing its tonnage in India trades with larger vessels, has introduced a weekly call at NSIGT via its new service connecting to Asia, the Middle East, and Africa.

Outpacing Miami in trans-Atlantic gains, Everglades snags service
18 Aug 2017
As of Aug. 16, Port Everglades has replaced Miami on the TA1/NEUATL1.

GE-LA productivity project expanding portwide
17 Aug 2017
Port of Los Angeles and GE Transportation will expand their pilot program across the entire port to establish a single electronic platform through which port users can share shipment information in a secure environment.

MSC monitoring Rickmers crisis
13 Jun 2017
Rickmers Group filed for insolvency last week.
MSC vessel blaze highlights mega-ship risks
05 Apr 2017
Authorities are planning to investigate the cause of a fire that broke out in the bow of a 13,800 twenty-foot e

US regulators clear 2M pact with HMM
28 Mar 2017
Although the 2M Alliance will launch April 1, the HMM agreement will go into effect as soon as March 30.

Container lines defend against collusion suspicion
23 Mar 2017
The Department of Justice declined to say why CEOs of major carriers were served subpoenas March 15 at the biannual Box Club meeting in San Francisco.

North Carolina’s Wilmington attracts trans-Atlantic 2M service
23 Feb 2017
It’s the first of what the small East Coast port hopes will be two new services coming to the gateway as ocean carriers and their alliances sort out port coverage this year.

New 2M services to handle HMM, Hamburg Süd volumes
13 Feb 2017
Maersk Line and MSC have expanded their Asia-North Europe and trans-Pacific services to accommodate the volumes from a slot deal signed with HMM and Hamburg Süd.

MSC’s Aponte sees signs of green shoots for container lines
10 Feb 2017
In an exclusive interview, MSC CEO Diego Aponte says spring may finally be in the air for container carriers.