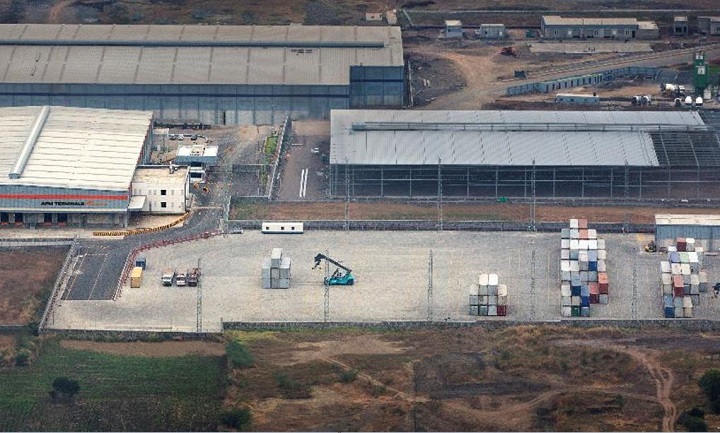 Maersk has been beefing up its logistics solutions for India exports and imports, as it expects Indian container trade to grow at a faster pace this year, after an 11 percent increase in the first quarter of 2018. (Above: APM Terminals' Pune inland container depot in India.) Photo credit: APM Terminals India.

Maersk Group, through its various arms, is accelerating efforts to establish a larger footprint in India, as the emerging market economy holds the prospect of large, sustained revenue gains for international logistics providers and other trade stakeholders.

With the above as a backdrop, APM Terminals India, Maersk’s independent terminal operating division, this week has been approved as an authorized economic operator (AEO) — a special status that the company believes will vastly enhance its freight-handling efficiency and decrease operating costs.

Companies enjoying India’s AEO accreditation are typically subject to fewer physical controls by customs authorities and have priority for inspection.

APM Terminals India said those special benefits, which previously applied to exporters/importers, have recently been extended to various players in the supply chain — such as logistics providers, terminal operators, customs brokers, and warehouse operators — as a single-tier program.

APM Terminals Inland Services has significantly expanded its India logistics operations in recent months, with last year’s opening of a large inland container depot in Pune — roughly 90 miles from Mumbai — and the recent addition of a perishable goods handling service within its container freight station site at Ponneri, on the outskirts of Chennai in South India. Given that expansion, customs simplifications could prove to be an effective tool for better freight management at APM Terminals facilities.

New, tighter global maritime laws and regulations — designed to increase security and safety — pose a considerable compliance burden for supply chain providers, as was exemplified by the July 2016 Safety of Life at Sea verified gross mass rule. Hence, joining trade facilitation programs — such as the AEO qualification — could decrease some of that burden, all other factors being equal.

Indian authorities have lately shown a keener interest in simplifying customs procedures and eliminating bureaucratic obstacles that have long been a major drag on faster economic growth. Those efforts are reflected in India's 30-spot jump in the World Bank’s 2018 ease-of-doing-business global report. Besides widespread digitization, customs’ reforms such as direct port delivery and direct port entry services — intended to lower cargo dwell times — played a key role in that progress.

However, India’s position in the ‘trading across borders’ index continues to be abysmally low — at 146 out of 190 nations, after slipping three places in the latest study. The index’s key metrics are the time and cost incurred to release cargo from customs stations in Delhi and Mumbai.

Maersk represents roughly 20 percent of India’s total container transportation. The ocean carrier giant has been beefing up its logistics solutions in trades to and from India, as it expects Indian container trade to grow at a faster pace this year, after an 11 percent increase in the first quarter of 2018 —its strongest growth rate in two years.