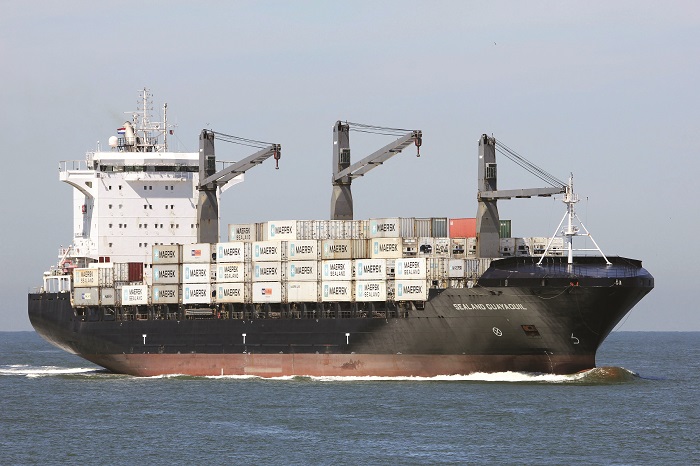 “If you look back through history, the SeaLand brand name is quite strong. The company found that it really resonated with the customers,” SeaLand Americas managing director Craig Mygatt said. Photo credit: Hannes van Rijn.

The storied SeaLand brand, resurrected by A.P. Moller Maersk three years ago as a regional operator, has gone global. Fairplay, a sister brand of JOC.com,  spoke with Craig Mygatt, managing director of SeaLand Americas, about the rationale for the branding change, current market conditions, and the challenges ahead.

“If you look back through history, the SeaLand brand name is quite strong. The company found that it really resonated with the customers,” he explained. “Another reason to bring all three under one brand is that in previous years, if there was a digital platform for one of us, we had to do it for each of the other two separately. Now, anytime there is new digital infrastructure, we can do it all in one go.”

The changes involve purely branding, not operations, he emphasized. “We’ve kept the same management teams, the same go-to-market strategies, and the same infrastructure in place,” Mygatt said. He added that the branding decision “is also good for us because it reaffirms to the market that this [SeaLand] is working. It reassures everybody that this is something we want to build on.”

Recounting the history of the three regional entities, he said, “MCC was a Maersk company based out of Singapore that started up in 1993 as a feeder-type operation and evolved as they rolled it out in 2009 as also handling the commercial business for Maersk Line in the intra-Asia market. Seago came into play in 2011 as a separate intra-Europe carrier benchmarking off of what MCC had done in Asia. SeaLand had a soft launch in the intra-Americas market in 2014 and went live Jan. 1, 2015.”

The original incarnation of SeaLand was founded in 1960 by the “father” of container shipping, Malcom McLean, then sold to RJR Reynolds, then to CSX, then to Maersk. The brand name was retired by Maersk in 2006.

Prior to the recent global rebranding decision, Maersk’s three intra-regional entities had already been communicating with one another, so the new structure represents the status quo in that regard.

“There has been a meeting to share best practices every month between myself and the heads of Seago and MCC, and also between the people that run each of our trade, operations, and customer service departments,” Mygatt said.

Fairplay asked Mygatt how the Maersk group’s three brands in the Americas region — Maersk Line, SeaLand, and since December 2017, Hamburg Sud — have differentiated themselves and minimized overlap. He answered, “In the intra-Americas, it’s only two brands: SeaLand and Hamburg Sud.” Maersk Line has east-west mainline routes that traverse the Americas, but “Maersk does not trade in the intra-Americas; SeaLand represents Maersk in this market.

“From a go-to-customer perspective, we haven’t changed a thing [at SeaLand since the Hamburg Sud acquisition],” he continued. “We have completely different customer bases, so the impact has been basically zero.”

“But we did look at the network, and we have done some things to rationalize some of the services. For example, on the west coast, we had a service running up and down Central America to Panama and also one from Ecuador and Peru to Los Angeles, and they [Hamburg Sud] had one going to Oakland. So, we combined the services, and we now have two strings that go to different ports. By rationalizing, we were able to take out two ships and to have the same geographic coverage but more speed to market, because the services don’t have to go to every single port.”

Regarding coordination between SeaLand and Hamburg Sud, Mygatt said, “We meet at a high level and have some general guidelines on how we approach the market, but we do not interact at a lower level. We let the teams do what they do every day, and if there’s any type of conflict, it can be escalated — but there’s nobody that’s territorial. We let the brand that the customer orients toward take that business. This is still a relationship business. You could have a product that’s better than the other guy’s, but if the other guy has a relationship with the customer, he gets the cargo in most cases.”

On the transition process following Maersk’s takeover of Hamburg Sud, he said, “It has been very smooth. We’ve learned from them, and they’ve learned from us. It has been a very cooperative and successful integration. When you look at the volume, we’ve grown with the market, which doesn’t happen too often with an acquisition — at least, in the Maersk world it hasn’t happened very often.”

Providing details on the performance of SeaLand Americas, Mygatt reported, “In 2015, after we went live, we were really just getting our legs underneath us and making sure we could serve the customer base that we had. In 2016, we had good, strong, double-digit growth. In 2017, we were on the same track until the cyber attack. That set us back in the third quarter, and we started regaining our position in the fourth quarter. In 2018, we’ve been able to get back to strong, double-digit growth in terms of revenue.

Mygatt added that the idle fleet has been reduced. There are ships available in Asia but fewer ships in the Americas.

“We’re keeping up with the time-charter increases and bunker increases [with freight rates], so our revenue is reflecting the cost increases we’ve had,” he said, noting that cargo demand varies across the region. “The east coast of South America is strong. The west coast demand is growing but not at the same level as the east. Central America and the Caribbean are growing less than the east or west coast of South America.”

Meanwhile, the market trend in recent years toward more slot deals and vessel-sharing agreements among competing carriers is escalating. “It’s stronger than ever because of the fuel and time-charter costs,” Mygatt said. “Time-charter costs are so expensive right now that you don’t add a ship [into a service]. It’s a matter of how we can work together with the tonnage we have to create more products for customers through existing services.”

Mygatt said the International Maritime Organization (IMO) rule on the use of 0.5 percent sulfur fuel in 2020 will have a big impact on the container shipping industry. “The cost exposure is just enormous. We need to understand the supply of low-sulfur fuel and what the price point is going to look like, and make sure we have the right locations [to bunker]. And we need to understand this soon because now is the time when everyone is doing their budgeting for 2019, and you will have to start filling your ship with compliant fuel in the fourth quarter of 2019, so this is going to have a 2019 effect.”