With a fleet of more than 220 modern container ships and a total transport capacity of roughly 1.6 million TEUs, Hapag-Lloyd is one of the world's leading container lines with about 12,000 employees and nearly 400 offices in more than 125 countries worldwide. Hapag-Lloyd’s containerized capacity of about 2.6 million TEUs, and includes one of the largest and most modern fleets of refrigerated storage ships.

Hapag-Lloyd’s 2017 merger with United Arab Shipping, then the world’s 18th largest container shipping company, added 53 vessels to Hapag-Lloyd’s fleet, and an additional capacity of about 400,000 TEUs, most notably for its service between the Middle East (Dubai) and the Indian subcontinent. Its wide range of containerized services cover a broad range of trade lanes for shippers involved in Atlantic Trade, Trans-Pacific Trade, and Europe-Asia trades.

How to Improve OTIF: 15 Tips for On Time and In Full Delivery
END_OF_DOCUMENT_TOKEN_TO_BE_REPLACED 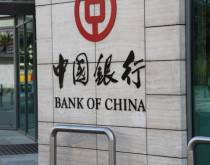 29 Sep 2022
A consortium of liner carriers and terminals aiming to speed the sharing of shipment data with banks believes it can overcome a chronic consent hurdle in the process.
MORE »

Shippers eye ocean transport as US-Mexico tensions rise
03 Jun 2019
With uncertainty surrounding US-Mexico relations, including threats of border shutdowns, tariffs and a Congressional showdown the US-Mexico-Canada agreement (USMCA-NAFTA 2), shippers are expressing more interest in all-water options to bypass any congestion on the border.

Analyst: Asia-Europe capacity set to outstrip demand
09 May 2019
The economic and trade forecasts for 2019 are mixed, but in volume terms the year is off to a good start, as evidenced by a strong first quarter for Hapag-Lloyd.

Classification confusion hampers dangerous cargo declaration
08 Feb 2019
Maersk and others are cracking down on dangerous goods misdeclarations, but more awareness is needed to address the underlying issues behind improper cargo classification.

Shipping alliances target service levels in new networks
19 Dec 2018
After a year of dismal schedule reliability, carriers have revised their networks in an attempt to improve service levels, but standing in the way are significant challenges.

End-to-end logistics pursuit holds risks for major container lines
28 Nov 2018
How prudent is the move by selected container lines to redefine and reposition themselves as end-to-end logistics providers? Does it represent a necessary competitive adjustment, in order to be compensated in kind and defend against disruption by new industry actors? Or does it risk losing sight of the underlying container shipping business?

Hapag-Lloyd pledges better service, profitability
21 Nov 2018
The ocean carrier expects its Strategy 2023 plan will result in substantial cost savings through a focus on improving quality for customers, selective global growth, and a targeting of customers prepared to pay more for better service.

Container line group aims to jolt slow-going IT standardization
15 Nov 2018
Rather than developing a platform, the ocean carriers involved are taking another approach to try to achieve the goal of common information technology standards.

Earnings reports show depth of carriers’ low-sulfur challenge
12 Nov 2018
Rising volume and revenue by shipping lines — often double-digit increases year over year — has not been accompanied by rates rising to levels that are able to offset the effects of steadily escalating bunker fuel costs.

Hapag-Lloyd's swing to profit eroded by higher fuel costs
08 Nov 2018
Hapag-Lloyd became the latest example of how rising volume and revenue is being thoroughly eroded by increasing bunker fuel prices.

Asia-Europe carriers blank sailings amid bunker fuel pressures
22 Aug 2018
Sailing withdrawal announcements on trades between Asia, North Europe, and the Mediterranean are beginning to flow in for the slow season, as ocean carriers implement actions to rebound from first-half losses. Left unresolved, however, is whether carriers will cut capacity like they did on the trans-Pacific during the US ocean peak season.

Heat wave worsens Antwerp, Rotterdam barge congestion
06 Aug 2018
The water level of the Upper Rhine is getting close to a critical point and barge operators are being forced to suspend their operations or only use one-third of their capacity, according to Hapag-Lloyd.

With cost cuts, container lines must create value to escape cycle
01 Jul 2018
Like the US airline industry earlier, the global container shipping industry has reached a point where cost cutting and mergers will yield little if any additional value. This is the view of a longtime carrier executive, a Maritime Hall of Fame inductee who argues creating value for customers will characterize the current era, with customer service the first visible change area.

Higher fuel, charter costs pull down container line earnings
15 May 2018
Higher costs have weighed on results, slightly offsetting the positive impact of stronger volumes. Still, a key CEO offered an encouraging evaluation regarding the second half of 2018.