China Shipping Container Lines is the world’s eighth-largest container shipping company, with a fleet that comprises of 148 vessels with a total operating capacity of more than 610,000 TEUs. Established in Shanghai in 1997, the shipping line is present in more than 100 countries around the world.

US Offshore Wind: Where Is the Market Heading?
Learn how IFP Corp uses technology to improve operational efficiency and improve margins
END_OF_DOCUMENT_TOKEN_TO_BE_REPLACED

The US-China Trade War: Where Do We Go From Here?
END_OF_DOCUMENT_TOKEN_TO_BE_REPLACED 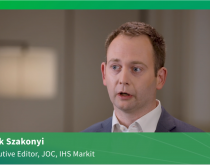