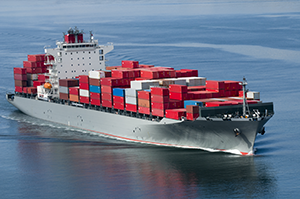 In 2015 Maersk Line and MSC launched the 10-year 2M Alliance vessel-sharing agreement on the Asia-Europe, trans-Pacific and trans-Atlantic trades, in an effort to better utilize their combined capacity in the wake of their failed bid to launch the P3 Network. The arrangement, which includes a series of slot exchanges and slot purchases on East-West routes, also involves Maersk Line and MSC taking over a number of charters and operations of vessels chartered to Hyundai Merchant Marine (HMM).

In an effort to forge even closer working relationships between the carriers, technology specialists from MSC and Maersk have joined forces [in 2018] with their counterparts from CMA CGM, Hapag-Lloyd and Ocean Network Express (ONE) to form a neutral, non-profit entity to discuss the digitalization, standardization and interoperability of the container shipping industry in the future, rather than develop or operate their own digital platform. The information technologyg standards that they jointly create will be openly avaiable, free of charge, to all stakeholders in the wider container shipping industry. 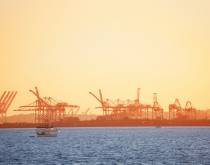 Coronavirus to cost China ports 6 million TEU in Q1: analyst
05 Feb 2020
The first real estimate of the impact the coronavirus will have on China’s container supply chain has been made, and it is significant.

Blank sailings mount on slumping Asia-Europe trade
15 Oct 2019
The number of blanked sailings is growing on the Asia-Europe trades as carriers sit becalmed in the slack season with no clear idea of whether to expect a pre-Chinese New Year rush.

Zim swings to profit on higher rates, 2M pact
21 Aug 2019
Zim’s broadening partnership with the 2M Alliance helped the Israeli carrier record a profit in the second quarter of 2019 and an increase in freight rates for the quarter over the same period in 2018.

Asia-Europe rate push fails ahead of capacity cuts
05 Jul 2019
Expectations of slowing demand on the Asia-Europe trade have left the market with little inclination to accept carrier rate increases.

HMM move to THE Alliance cuts 2M trans-Pacific coverage
01 Jul 2019
HMM surprised many by announcing it will become a member of THE Alliance and not the 2M Alliance, with which it has shared a strategic partnership since April 2017.

2M first with Lunar New Year sailing cuts
08 Jan 2019
Carriers among the other two alliances are expected to announce their own blanking programs.

Asia-US East Coast capacity trim via Zim-2M less than expected
29 Aug 2018
The reduction in capacity, less than anticipated, provides a slight amount of relief to shippers scrambling to find capacity this peak season.

2M Alliance hits market with bunker surcharges as fuel prices climb
25 May 2018
With such a sharp increase in bunker fuel prices that dragged carriers into a loss-making first quarter, it is no surprise that Maersk and Mediterranean Shipping Co. will levy an emergency bunker surcharge from June 1.

Maersk: No plan to follow MSC with mega-ship orders
07 Nov 2017
The move by MSC and CMA CGM to order 20 new 22,000 TEU ships between them will not be followed by Maersk Line that says it has enough capacity "for now."

Top five carriers serving US expand share
12 Sep 2017
The five largest carriers in the US import and export trades continue to tighten their grip on the container shipping market.

Mega-ships drive capacity upgrades across three alliances
05 Sep 2017
The significant number of mega-ships set to enter Asia-North Europe by the end of 2018 has resulted in capacity upgrates on many services on the trade.

Itaguai port pins hopes on extra trans-Atlantic calls
31 Aug 2017
The MESA service between the east coast South America and the Mediterranean operates weekly and will have northbound and southbound calls.