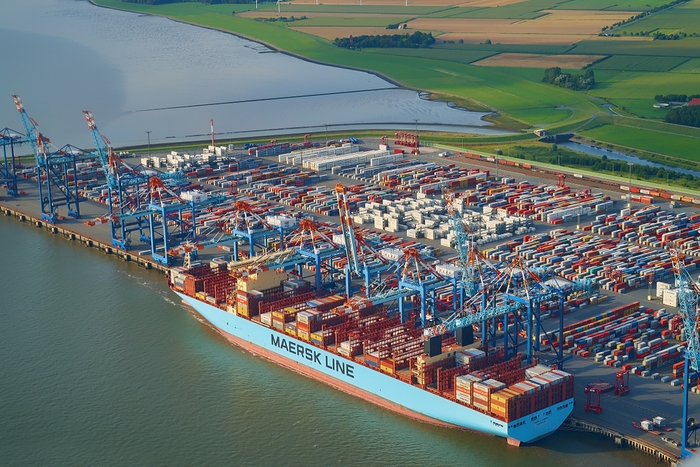 The end-to-end integration of Maersk is gaining momentum as the carrier adjusts its executive personnel to suit the changing nature of the business. Photo credit: Shutterstock.com.

A key part of Vincent Clerc’s newly created position as Maersk CEO of ocean and logistics will be to accelerate the carrier’s integration process that he described to JOC.com as “one of the most ambitious at scale of any industrial group in Europe.”

Clerc remains an executive board member but moves into the new role after serving as chief commercial officer since 2015. He will lead Maersk’s transformation from an ocean transport company to an end-to-end provider of container logistics, focusing on ocean delivery with the commercial team to improve integrated services for the carrier’s 70,000 customers.

Søren Skou, CEO of A.P. Møller - Maersk, said in a statement Tuesday announcing Clerc’s appointment that he was confident the integration pace would be increased with the new leadership.

“A year ago, we integrated our customer facing roles across the company. We are now ready to accelerate the execution of our strategy through increased commercial and operational integration,” he said.

The strategy has claimed some top executives along the way. Maersk recently lost chief operating officer Søren Toft to rival Mediterranean Shipping Co., where he will be the new CEO; CFO Carolina Dybeck Happe, a member of the A.P. Møller - Maersk executive board, will become CFO of General Electric in early 2020; and this week Annette Stube, head of sustainability, was made redundant.

Phase 2 starts to scale up

Maersk is now moving into the second phase of its integration, having spent the last couple of years separating the energy business, digesting the Hamburg Sud acquisition, and investing in technology to build its digital solutions. Over the next three to five years, Clerc said Maersk will continue to acquire a host of smaller logistics providers and technology platforms in multiple geographies with the ultimate goal of being able to offer a standardized suite of end-to-end logistics solutions on a global scale.

Also scaling up are the challenges involved in executing such a massive organizational change in approach, and in his interview with JOC.com last week, Clerc indicated there was no doubt as to what lay ahead.

“It requires a fundamental shift in culture and requires an organization that is more outward looking and that looks at customers’ needs as a guiding light,” he said. “That is easier in sales, but harder across the organization.”

“At the end of 2018, we merged our frontline facing departments across all our 115 countries at the same time,” he added. “Sales, customer service, operations, management. That has started to roll, and all the countries are starting to execute the new strategy.”

Maersk has established a capex war chest for the next two years of $3-4 billion that will fund targeted acquisitions, with the carrier looking for platforms that have the capability to be scaled up, targeting service providers and specialists in industry verticals with specific products or geographies where there is a gap in the logistics chain that needs to be bridged.

Maersk in early December announced a flurry of acquisition activity in the tech sector, making investments in a Copenhagen-based telecommunications startup through the Maersk Growth venture capital arm; in a flagship customer, the Swiss agribusiness Syngenta, for its 4PL business; in a new container visibility smartphone app, called Captain Peter; and a new cohort of startups participating in its India technology accelerator program, OceanPro.

Clerc said momentum was beginning to build as the integration focus over the two years starts to pay off and new ways of dealing with customers across the global network are introduced, such as Maersk Spot.

“We are not just trying to build logistics but to change the way ocean and logistics are done in the part of the segment of customers we are working on,” he told JOC.com.

Maersk also announced that Henriette Hallberg Thygesen has been appointed as a member of the executive board in a new role as CEO of towage, manufacturing, and others.