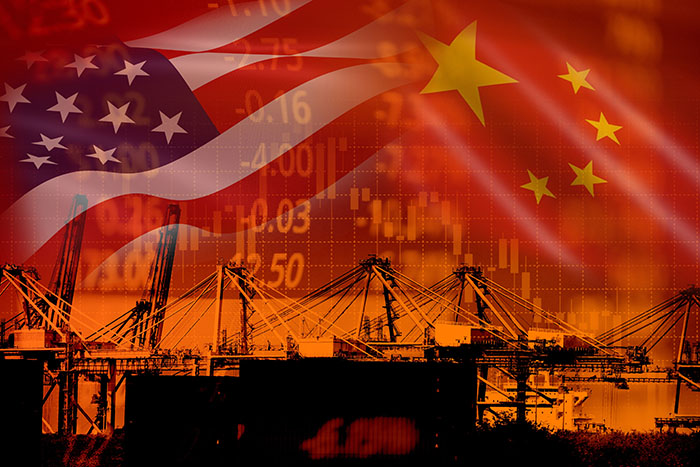 Shippers are realizing that overdependence on China for sourcing is not a sustainable long-term model. Photo credit: Shutterstock.com.

In mid-December, the United States and China agreed on a “phase one” trade agreement that will represent a significant standing down in the ongoing trade hostilities between the world’s two largest economies. Under the limited deal, the US cancelled import tariffs that were due to go into effect later in the month and reduced some — but not all — of the tariffs already in place in exchange for commitments from Beijing to purchase $50 billion in US farm exports and tighten intellectual property protections.

Shippers and transportation providers alike exhaled in relief at the news, but even if the US and China can come to terms on the more comprehensive trade agreement that still needs to be negotiated, the question then becomes whether the trading environment will go back to “normal.” The short answer: not a chance.

Forces have been set in motion by the US-China conflict that will continue to produce inexorable change in the coming years. Beneficial cargo owners (BCOs) have once again learned the dangers to the supply chain that can result from a lack of diversification. The changes will not be quick, but they will be large, and history provides us with an example.

In 2002, the US West Coast ports were convulsed by an extended lockout in connection with the negotiation of a new contract with the International Longshore and Warehouse Union (ILWU). This was followed by six years of peace on the docks, during which the offshoring revolution took hold and import volumes grew.

In 2008, as the expiration of the contract approached, BCOs grew concerned that there might be a repeat of the 2002 debacle. The situation wasn’t helped by a one-day walkout that shut down ports up and down the West Coast on May Day of that year, ostensibly in protest of the US war in Iraq. The existing contract expired on July 1, 2008, and although the union did not agree to formally extend the contract day by day, the talks continued and cargo kept flowing smoothly.

However, things began to go downhill after a couple of weeks as operations slowed and delays accumulated. Fortunately, an agreement was reached at the end of July and ratified by mid-August, so things were “back to normal” on the West Coast — except that they weren’t.

Simply put, BCOs had had enough. No longer willing to be held hostage to a volatile labor situation and feeling the need for other options, they voted with their feet. Prudent importers would not continue with an undiversified port routing strategy.

As a result, import TEU market share dropped for both the ports of Los Angeles and Long Beach and the US West Coast as a whole in early 2008, and the ground lost was never regained. Further, the damage continued, with US West Coast ports’ share of container imports dropping steadily in ensuing years.

BCOs pivoted away from dependence on the West Coast and toward four- and five-corner import strategies. It wasn’t easy and it wasn’t quick. But once the arrangements were in place and the groundwork laid for inland facilities and connections, further change became a matter of simply turning the dials.

Entering 2020, BCOs have once again experienced a graphic demonstration of the dangers of a lack of diversification, this time with regard to an overdependence on China for sourcing products. In response, a limited volume has shifted to other locations, such as Southeast Asia, India, and Mexico. All the alternatives have problems, be it political instability, a lack of infrastructure, lack of capacity, or a lack of skilled labor. Solving these issues will take time, probably years.

But just as with the creation of five-corner import strategies, once the genie is out of the bottle, there is no turning back. BCOs are concluding that the status quo, which includes dependence on an autocratic, one-party state with explicit policies favoring local entries, is not a sustainable long-term model.

The days of offshoring products to China as a “no-brainer” decision are over. Offshoring will still make sense for some, but it will be much more intricate and involved. There is little reason to expect import TEUs to grow much faster than domestic GDP gains in the relevant economic sectors. The trade will be more fragmented and complex. Nearshoring and even onshoring will begin to look more attractive.

It will take years for the situation to play out fully, but things will never get back to “normal.” The real question now is what the “new normal” will look like.

now the deal is signed -

Global Shipping Outlook: A Sneak Peek at 2021
Port Performance North America: Managing Cargo Flow During a Pandemic — and Beyond
END_OF_DOCUMENT_TOKEN_TO_BE_REPLACED